It's easy to step back in time on the West Coast of New Zealand, a place steeped in gold and coal mining history. These are the 12 must-visit spots for a history fix. 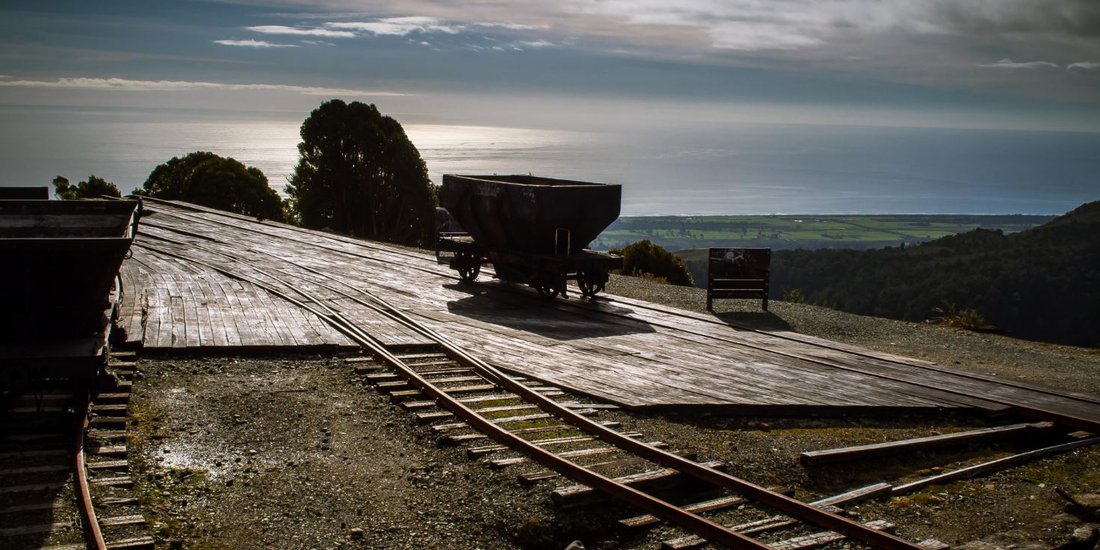 The Oparara Arches are tucked away in the northern West Coast near Karamea. Take in the site of these ancient limestone arches and perhaps venture into the Honeycomb Caves with Oparara Experience to see Moa subfossils.

The Oparara Arches are marked on old Karamea maps dating back to the 1880s when gold miners and deerstalkers roamed the area.

Tackle this grade 4 mountain biking trail and trace the footsteps of the original gold miner's track into the West Coast. The 85km Old Ghost Road traverses forests, mountain ranges, lakes and will take your breath away. Search for old mining relics along the trail!

Located about 30 minutes north of Westport, Denniston was once a hub for coal mining. Denniston offers magnificent coastal views and sits high on a steep incline railway once described as the eight wonder of the world.

You can find out more about the coal mining history of the area by visiting the nearby Coaltown Museum in Westport.

Reefton, fondly known as the town of light, was the first town in the southern hemisphere to receive electricity. Once a gold mining centre, the town center has been lovingly restored to preserve its heritage buildings and historic charm. You really will feel as though you have stepped back in time when you visit Reefton, make sure you visit the Bearded Miners to learn more about the town's gold mining days.

Brunner Mine Memorial Sitestands on the location of one of New Zealand's worst mining disasters. The memorial site sits on the side of State Highway 7 on either side of the Grey River, a suspension bridge joining each side. The Brunner Mine Site was a big producer of coal and coal by-products such as coke and firebricks.

Blackball is considered the birthplace of New Zealand's Labour Party and if you venture into Formerly The Blackball Hilton you'll find walls adorned with posters and pictures attesting to this. Blackball nowadays is the starting point of the Paparoa Track 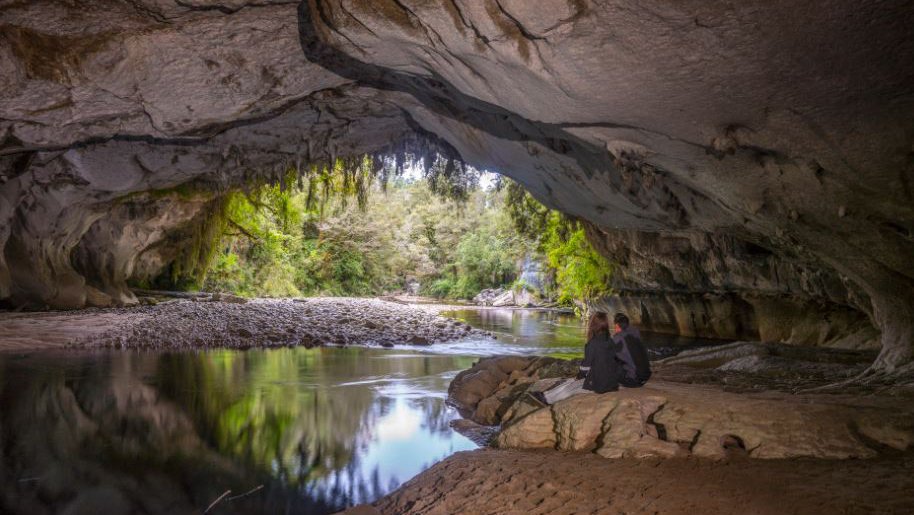 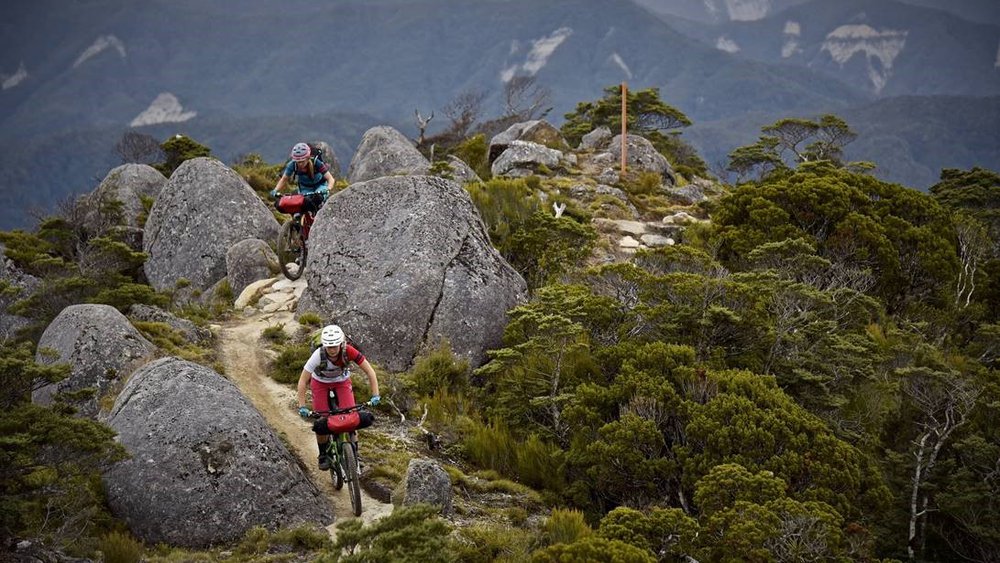 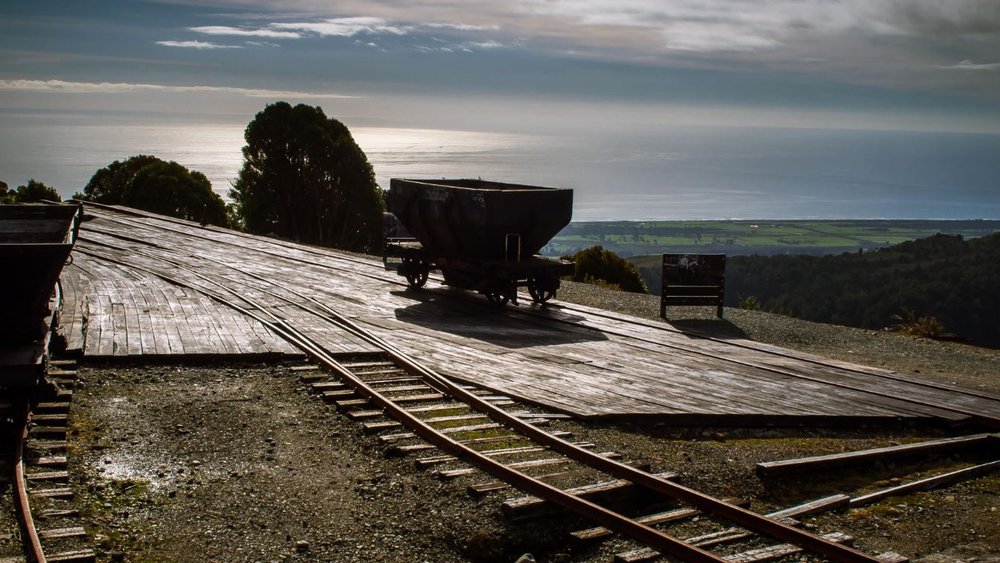 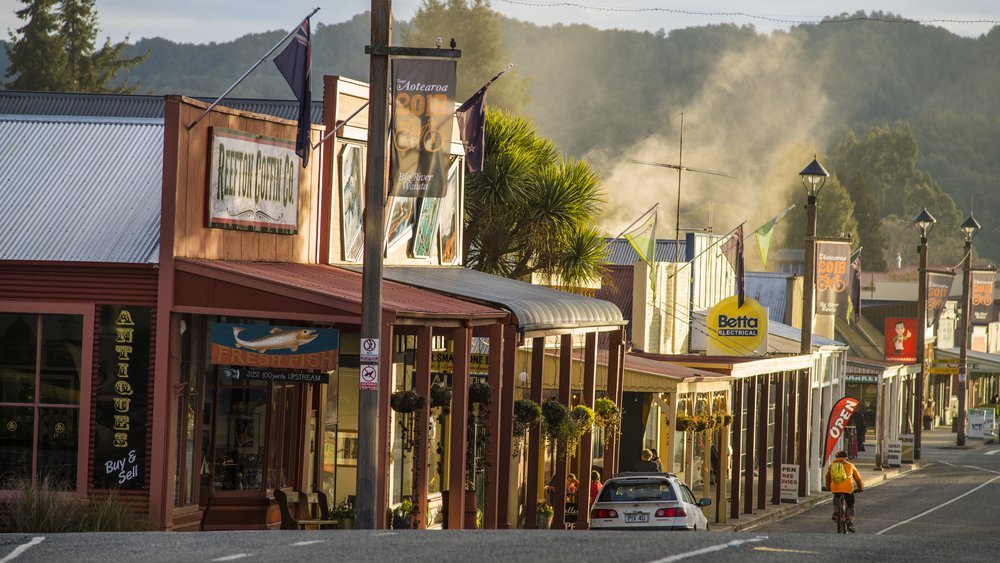 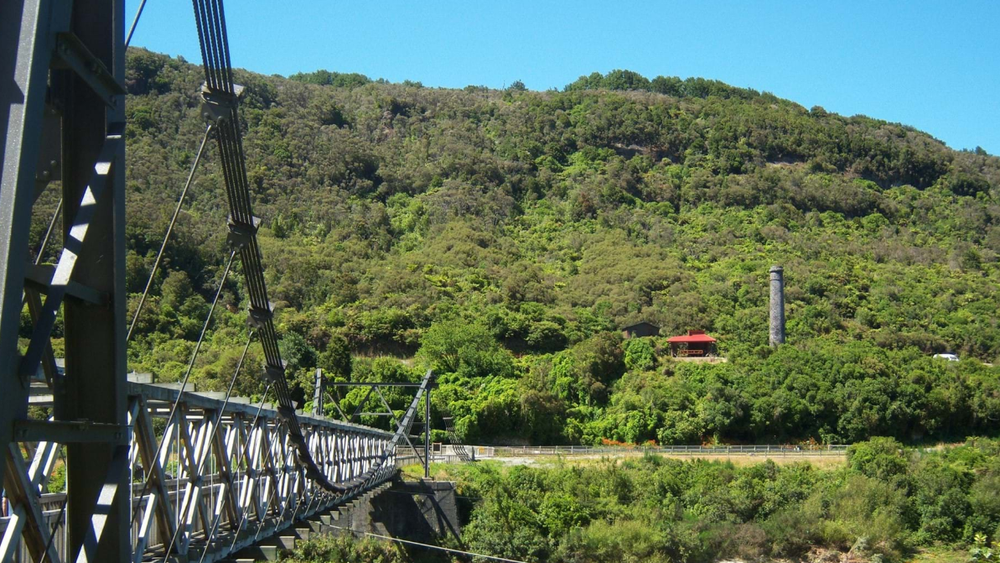 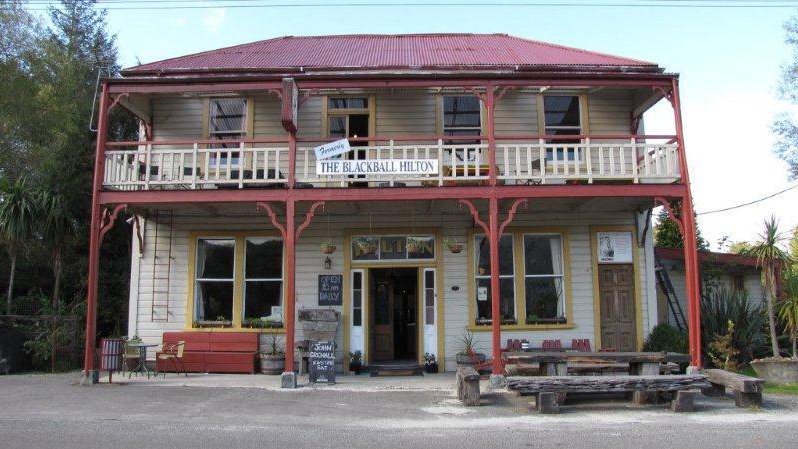 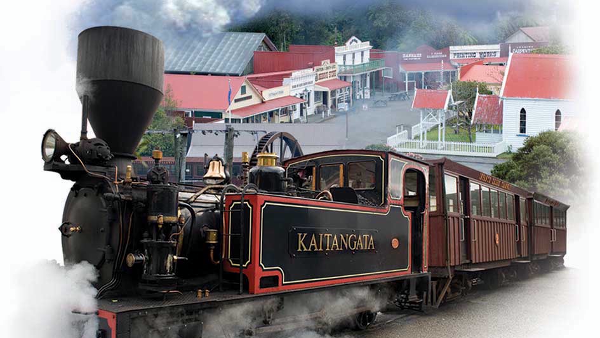 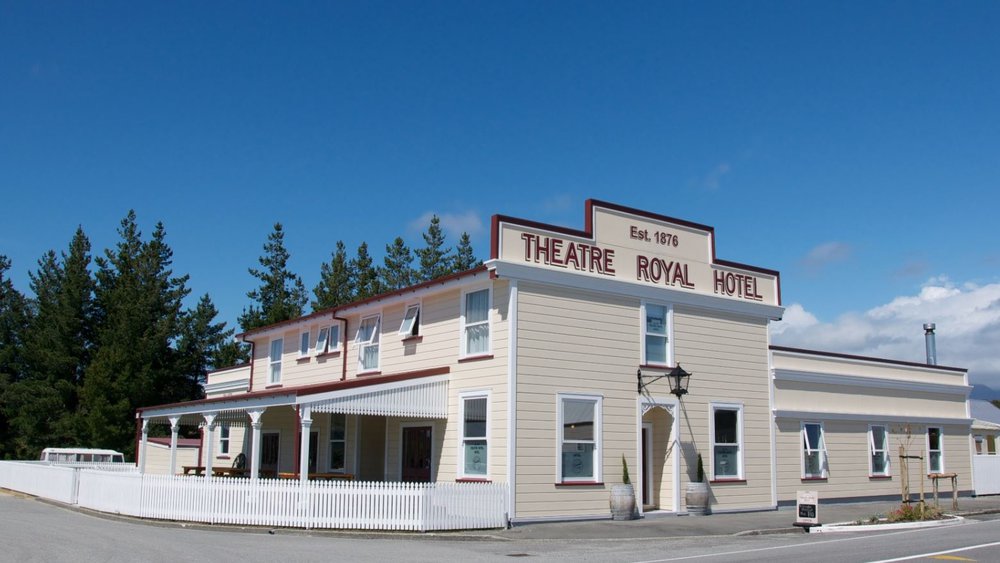 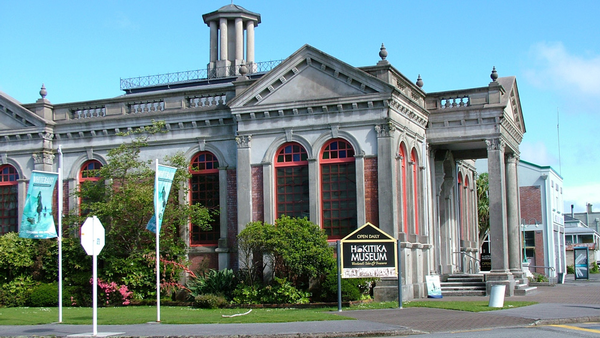 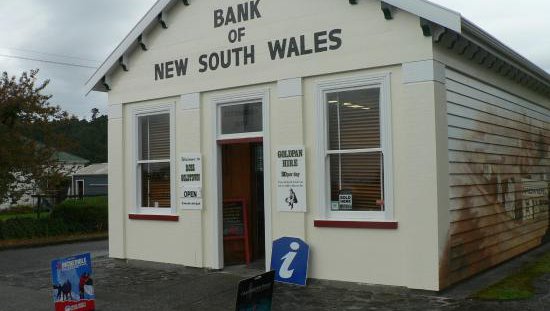 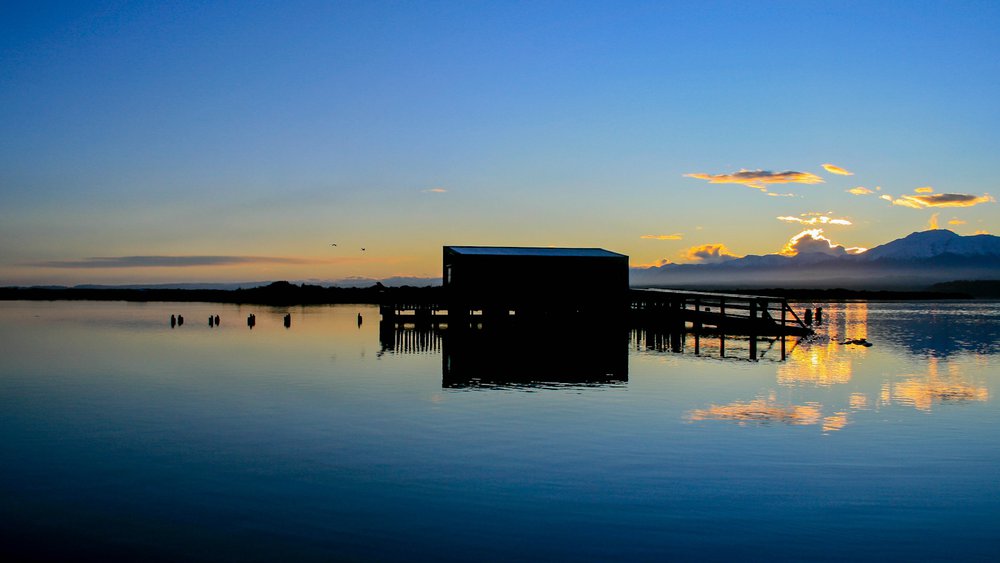 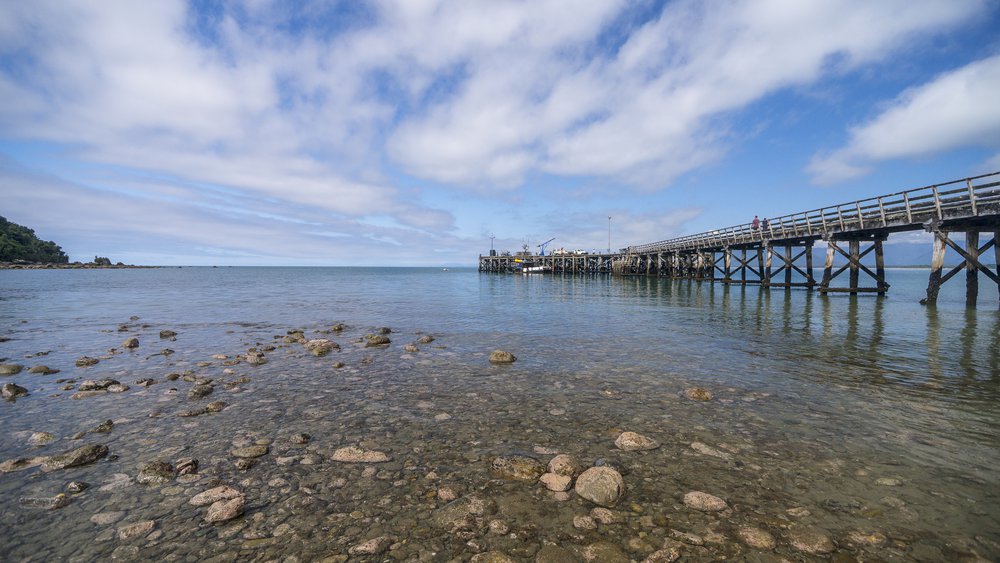 Ride a steam train into the rainforest, pan for gold, watch sluicing right before your eyes or dress in clothing from yesteryear. Shantytown offers the ultimate chance to step back in time and truly learn what it was like to live as a gold miner on the wild West Coast.

Well worth staying the night in, the Theatre Royal Hotel is a historic boutique hotel that was originally a miner's hall in Kumara. Established in 1876 the hotel has now been restored to a luxury standard with miners cottages at the back, individually decorated hotel rooms in the main building (each named after a historical figure in Kumara) as well as a restored bank building across the road (in which you can stay the night).

The Luminaries placed historical Hokitika on the globe. Hokitika was once a thriving port and gold mining centre on the West Coast and many of the historical buildings (and locations from the book) can still be seen today. Take a walk along the wharf and Revell street or join a walking tour to learn more about the town's history.

Ross was once a thriving centre for gold mining and even today, if you're lucky, you might strike lucky fossicking for gold in its rivers! The Ross Goldfield Information & Heritage Centre has amazing history to share, from gold panning, to a court house, to a water race and pioneer cemetery, Ross is a historic gem.

Okarito is a little gem tucked away just 20 minutes north of Franz Josef. Once a gold mining township to hundreds, the population of Okarito now sits at around 30. The Okarito Lagoon was once a port, but now is home to abundant birdlife. Donovan's General Store still stands proudly as a historical landmark and now hosts regular music gigs.

Jackson Bay was originally named Open Bay by Captain Cook, it marks the farthest point of the West Coast region. Visit the poineer cemetery or the lone sailor's grave on the shore, covered in lillies.