Australians in the hunt at Kathmandu Coast to Coast

Australians Alex Hunt and James Pretto are leading the charge to be the first foreign multi-sport athletes to win the Kathmandu Coast to Coast longest day world Championship men’s event in 26 years. 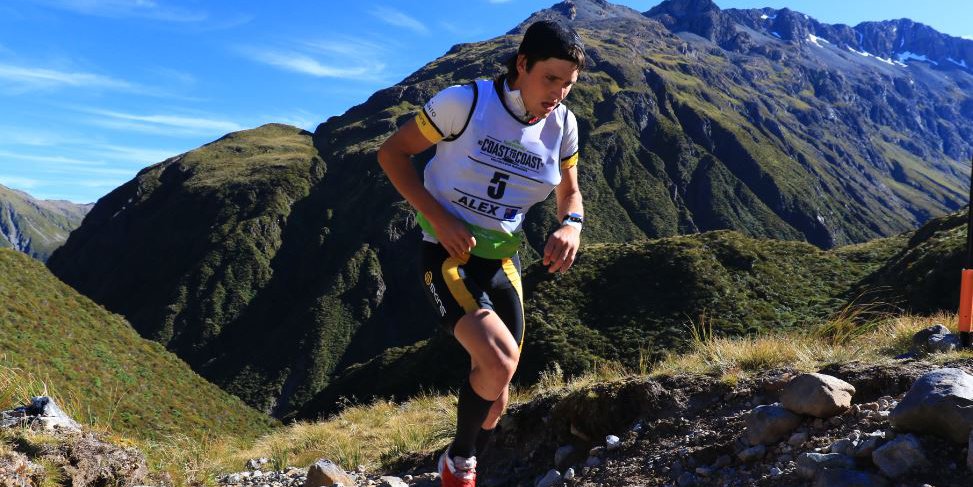 Australians Alex Hunt and James Pretto are leading the charge to be the first foreign multi-sport athletes to win the Kathmandu Coast to Coast longest day world Championship men’s event in 26 years.

International winners have been rare with World Marathon Kayak Champion Australian John Jacoby the last foreigner to win the men’s event way back in 1993 and after also winning in 1988 and 1989, but back for his fourth crack at the event Hunt looms as this year’s race favourite after coming second last year behind Kiwi three time winner Sam Clark who is not defending his title this year.

“It’s hands down my favourite race,” Hunt said. “The whole concept of racing from one side of a country to the other through incredibly stunning and difficult terrain is just brilliant. The 35 years of history counts for a lot too, there’s some true legends that’ve won the race in the past, people that you grew up almost idolising.”

The Kathmandu Coast to Coast is a ‘Rite of Passage’ and bucket list event for many active New Zealanders and multi-sport athletes from around the world and it is attracting increasing numbers of Australians with 57 individuals and 26 mainly two day tandem competitors entered this year in the Longest Day World Championship race and two day events.

“It really is so totally unique,” Hunt said. “The course, the people involved with the race, and the feeling of finally reaching New Brighton knowing the biggest thing to deal with is finding some decent fish and chips, a couple of beers and a place to lie down.”

After three efforts that includes a third as well as last year’s runner up result Hunt knows what it takes to perform well at his favourite race.

“Having raced it three times definitely makes a difference and I think you learn the most from the first one. Each year you fine tune a few things, so maybe this year it’ll all run nice and smoothly. I guess following Sam (Clark) to the top of the Goats Pass last year gave me a really good appreciation of how fast you can run it if you know what you’re doing.”

Reluctant to talk up his chances of winning Hunt says it’s harder to predict how the racing will go this year without a past winner on the start line.

“The past three races have seen Sam and Braden (Currie) when he was there, both really take control of the race. Not only are they incredibly strong athletes, they’re pretty strong personalities and they tended to make sure everyone else followed what they wanted to do.”

Hunt has not raced since being part of the winning team in the prestigious Wulong Mountain Quest adventure race China in September last year, but has trust in his training processes has says he has put the required effort in to be race ready in February.

“Winning Wulong last year was pretty special,” Hunt said. “At the start of my career there were probably three races I dreamt of winning; my local multi-sport race the Freycinet Challenge, Wulong and of course the Kathmandu Coast to Coast, so at the moment the balance is two out of three.”

To win the Coast to Coast Hunt knows he needs the prefect day which requires nailing the run and all of its technical features and being strong in the kayak while being conscious of saving enough energy to and try and hold off the other strong contenders on the final bike leg.

He is stoked to see more Australians competing in the Kathmandu Coast to Coast, saying he thinks it’s become more accessible under new ownership and the direction of previous race Director Richard Ussher.

“Since Richard took over the race it’s become more accessible for Aussies. He really made it a more approachable race for internationals with things like course marking. Kathmandu’s involvement has been pretty important, they’re a big brand in Australia and promote the race pretty hard over here which is great.”

Inspirational burns survivor and ultramarathon competitor Turia Pitt is doing the event’s tough mountain run, a further example that the Kathmandu Coast to Coast is fast becoming a must do event for more and more Australian endurance athletes.

The Coast to Coast, which filled up this year at its earliest point in 14 years, gets underway with the two day event on Friday February 8 while the Longest Day World Championship one day event is held on the following day.