After a hugely successful tour in 2018 that included 32 performances in theatres, prisons and Marae, Rodney Bell returns with his award-winning performance work Meremere, heading to even more centres this July and August. 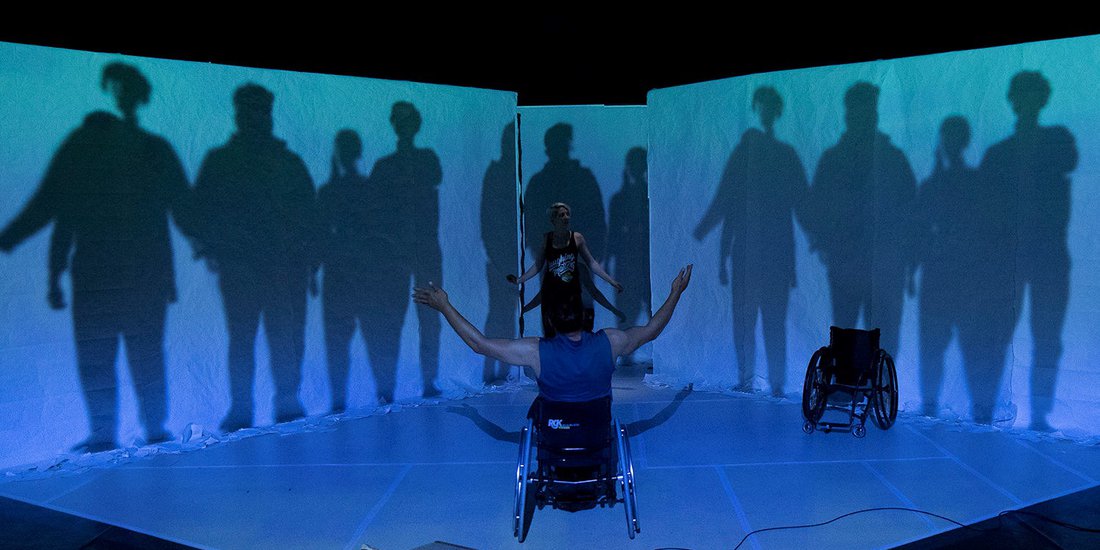 After a hugely successful tour in 2018 that included 32 performances in theatres, prisons and Marae, Rodney Bell returns with his award-winning performance work Meremere, heading to even more centres this July and August.

Meremere is a powerful and engaging autobiographical work in response to Bell’s extraordinary life, and the series of events that have been incredibly unique for one individual to experience in a lifetime. This multimedia performance piece has been developed in collaboration with director Malia Johnston’s performance design company Movement of the Human (MOTH). Meremere includes AV by award winning designer Rowan Pierce, and live music from the highly talented Eden Mulholland bringing this insightful, surprising and very personal story to life.

A critically acclaimed dancer and performer, Bell is internationally renowned for his physically integrated performance and has been dancing professionally since 1994 when he began as a founding member of Touch Compass Dance Trust. Bell relocated to California in 2007 to join AXIS Dance Company as principal dancer, touring to 32 states until 2012. Bell faced many challenges after finishing with AXIS before his return to New Zealand, including a period of homelessness on the streets of San Francisco; a life changing experience that inspired the creation of Meremere.

Bell and Malia Johnston danced together between 1999-2003 and Rodney has worked closely with Johnston since his return to Aotearoa. Johnston has a 20-year background in choreography and performance direction, she has collaborated with an incredibly diverse range of performers and arts organisations, creating new work for both the national and international stage. Johnston is notable for her many years of working on the World of Wearable Art Awards show.

“His dancing is moving and absorbing, sculptural and full of emotion…” – NZ Herald

Wed 31 July 7.30PM – Panel Talk “What A Fool Honesty Is” as part of the Christchurch Arts Festival, presented by WORD Christchurch

More performances to be announced.