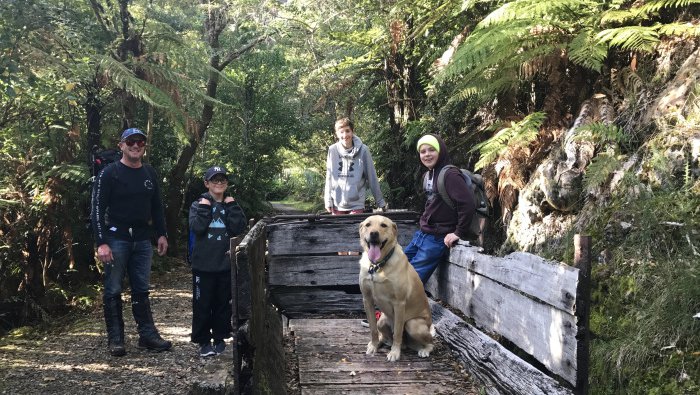 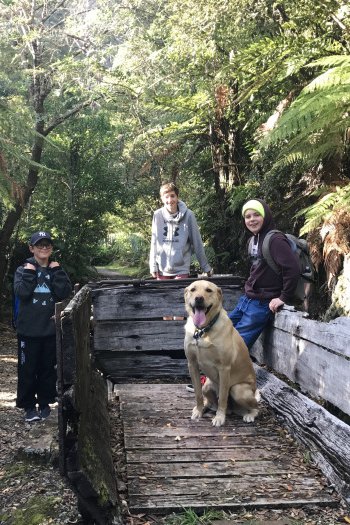 If you are keen to get off the beaten track, explore destinations that the tourists haven’t quite discovered yet, head to Granity on the West Coast.

I am going to let you in to a little secret…

I am sure that if you come to New Zealand then of course you will want to visit places like Rotorua, walk the Tongariro Crossing and go bungy jumping in Queenstown.

I get that… really I do. Those places are fantastic and undoubtedly spectacular and should absolutely be at the top of every visitors lists of places to see when you visit our stunning country.

But if you are keen to get off the beaten track, explore the destinations that the tourists haven’t quite discovered yet, get a taste for the real New Zealand, experience history – but not in a museum, get back to nature and have an adventure – then get yourself to Granity!

Ok. I admit it. Granity isn’t the easiest place to get to. You won’t find any international airports nearby. If you really want to fly there, then Westport does have an airport and that is about 20 minutes drive away. But if you just fly in to Westport then you miss some of the best bits on the way.

We grabbed some friends, drove over from Christchurch on the Friday afternoon via Arthurs Pass, had dinner at the fabulous pub in Kumara and stopped the night at the Greymouth Motel.

That leg of the trip is about three hours driving, and if you are a first time visitor, I really recommend doing it in daylight as the scenery through Arthurs Pass is amazing.

Your other option is to catch the TranzAlpine Train from Christchurch across to Greymouth – one of the world’s great train journeys. You could pick up a rental car for the rest of the trip. 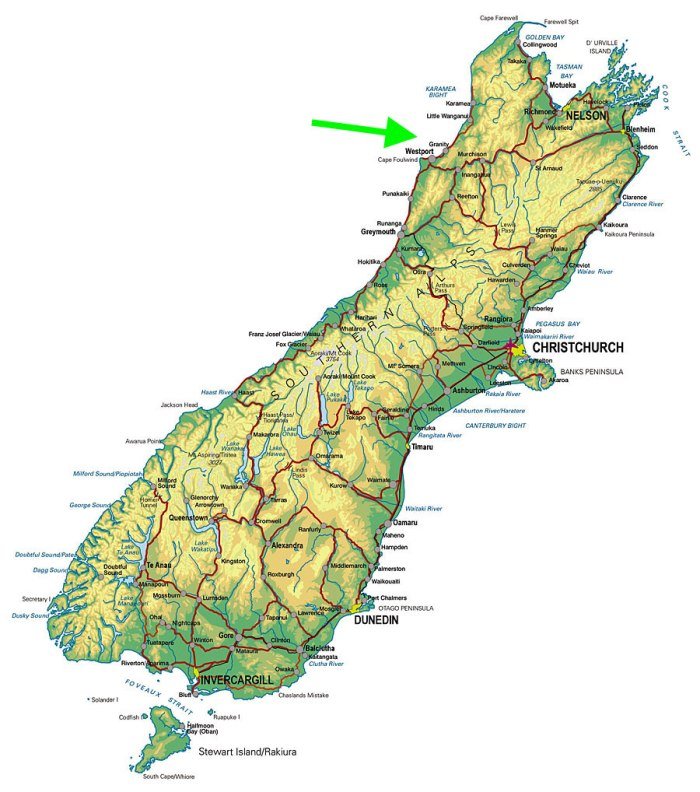 It was good to break up the trip, as the drive the next day between Greymouth and Westport is just as spectacular as the scenery you will get on Australia’s Great Ocean Road – and without all the thousands of tourists and traffic. Especially if it is sunny – which admittedly it isn’t always on the West Coast – but lucky for us, we had a superb day, blue skies and perfect waves crashing upon the rugged coastline.

On the way up the coast is a little place called Barrytown where you can stop and spend a day making your own knife! We must come back and do that sometime. 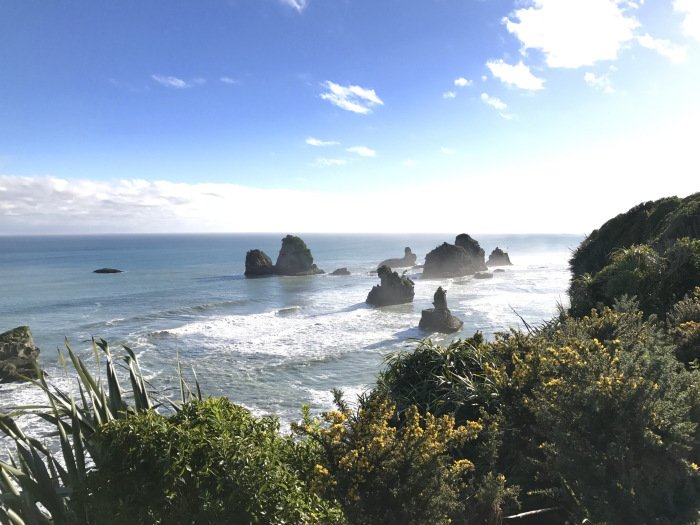 About half an hour’s drive North of Greymouth is Punakaiki. These famous unusual pancake-like rock formations and blow holes are a popular tourist spot, and well worth a look.

There is a nice flat track that is suitable for wheelchairs & buggies.

There is heaps more to Punakaiki than just pancakes, and you can easily spend a couple of days here exploring this lovely area like we did a couple of years ago.

About five minutes drive North from the Pancake Rocks is Truman’s track. Dubbed one of the best short walks in New Zealand, this 20 minute track takes you through thick bush, then bright green flax bushes, down to an amazing beach with a waterfall. 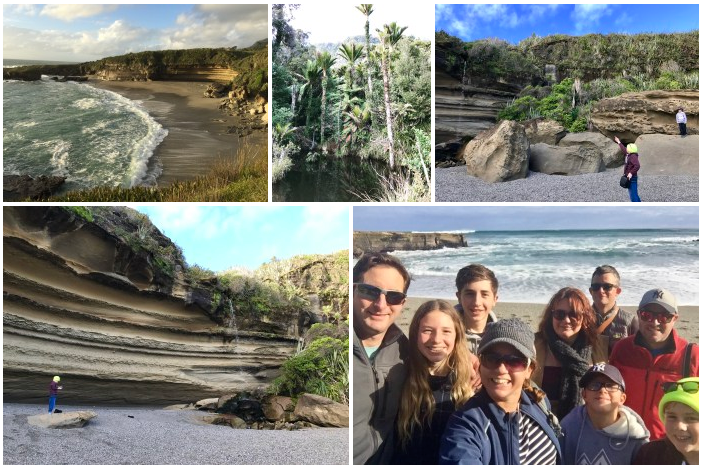 From there we had a quick stop in Charleston and had a look at their tiny harbour which apparently boats used to come in through the narrow gap to load up gold/wood/coal. Its a stunning sheltered spot, but none of us sailors were keen on the idea of navigating through the narrow channel. In this town you can also do some tubing through underwater caves. That sounds amazing, but we were running out of time, so we will have to come back and give that a go another day.

On the road again, just south of Westport, we had a quick stop at Cape Foulwind. Probably named that by someone like Captain Cook for good reason, but there were no foul winds while we were there, just stunning views out over the a golden sandy beach lapped by the Tasman Sea.

If you have time, stop and walk, down to the beach or over to the seal colony and up to the lighthouse. There is also a great bar/cafe out there, but sadly it was closed when we visited, which was a real shame as by that time we were starving and could have really done with a beer. 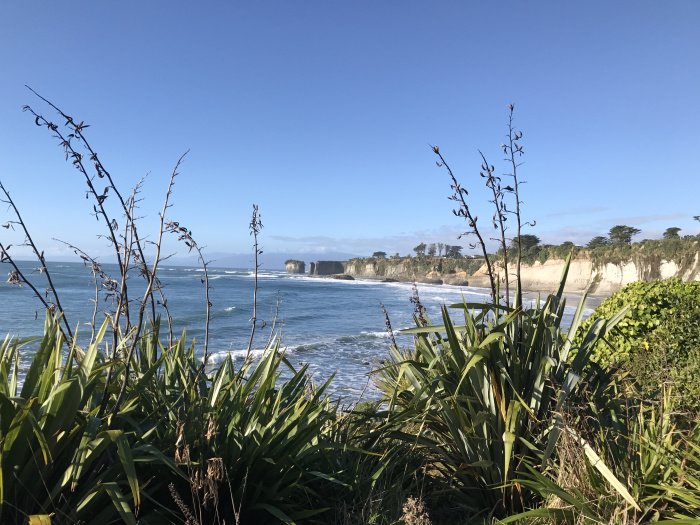 It is about 130km from Greymouth to Granity, but it had taken us a good chunk of the day stopping and exploring along this spectacular coastline to get to that point. Hungry and thirsty, and no sign of life at the cafe, we decided to press on through Westport and on to our accommodation.

Sorry, you won’t find a Hilton, Crown Plaza or even an Ibis in this part of the world. No resorts or room service. But you will find something way cooler – The Ghost Lodge.

This is an awesome huge 6 bedroom house located right on the beach. Built as a butchers shop way back in the 1880’s when the West Coast was alive with gold, timber and coal prospectors. The house has been fully modernised and restored and it is a fantastic place to stay with a group of friends like us, or you can just book a room if you are travelling as a couple.

There was plenty of room for our crowd of 11 people, with even DJ the dog being well taken care of with a fully fenced section and insulated kennel.

We set to work cooking up a big roast dinner with the kids on dessert duty, drinking red wine around the roaring fire and all fell fast asleep to the sound of the waves crashing on the beach out the front.

I didn’t see any ghosts, but Seth got a bit spooked when his window blew open in the wind one night.

The following morning was bright and sunny. We threw a picnic lunch in our packs and headed off for another adventure. Simon, the owner of the lodge had recommended a couple of places to visit. One of them being the Charming Creek walkway. The kids weren’t keen to spend another day in the car, so this was a perfect option for us, being just five minutes drive up the road.

Charming Creek walkway is a 19km long one way track between Ngakawau and Seddonville. We walked in from the Ngakawau end, to about a third of the way in, and then back out again the same way.

We were so pleased that we did. If as a tourist you could do only one walk in New Zealand, then this track would be up there on the ones to pick.

In the early 1900’s, a railway track was built through this stunning valley to bring out timber and coal. Many of the old relics are still there, littered throughout the bush, and providing a glimpse back in to the history of the area.

As the track follows the railway, the incline isn’t too steep and it sidles along the side of a roaring river with thick lush ferns and forest clinging precariously to the steep cliffs above.

There are even a few tunnels cut through the cliffs adding to the adventure. I’d brought a torch in my pack of tricks, but as the tunnels weren’t too long you could easily get through without one.

After about an hour we traversed a swing bridge and then came across the beautiful waterfall. We dug out our picnic and gold pans, and set about sifting through the sands at the bottom of the falls hoping to strike it lucky. 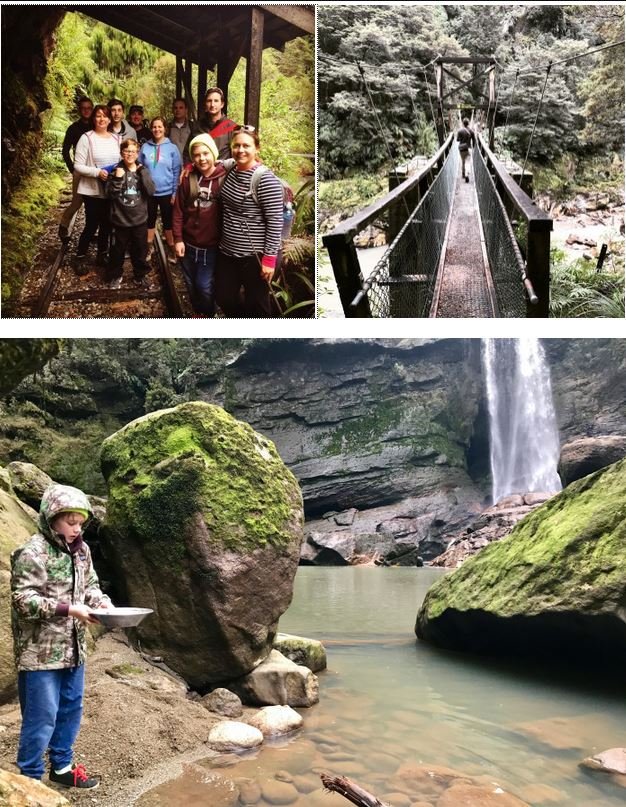 We found some glittering sands in the bottom of the pans, but after a while, the sandflies started to bite, and then the raindrops began to fall – reminding us that all that glitters is not gold, and that yes we were on the West Coast.

There is no such thing as bad weather – just inappropriate clothing, but it was time to head for home, and by the time we reached the car we had a torrential downpour on our hands. We retreated back to the sanctuary of the Ghost Lodge and its roaring fire and spent the rest of the afternoons playing games of pool, board games and learning chords on our ukuleles.

The wild weather roared all night, and in the morning sadly it was time to pack up and head for home. We tidied the house, loaded up the cars and stopped off at Denniston Mine on the way home.

It is an amazing spot, but was absolutely freezing when we were up there with the cold winds blasting up from the South and fresh snow on the mountain-tops above. It gave us a taste of how tough it would have been to live up here. Once again the area is full of interesting tracks and information boards wandering through the preserved mining relics. You could easily spend hours exploring here, but as it was so cold we retreated to the cars and headed for home.

As we re-traced our way home the same way we came we saw many more fabulous spots to come back and visit.

Out the car window whizzed past an old gold mine, some caves, more secluded beaches, and other rough beaches with waves crashing down on golden sands studded with sharp rocks.

Back past stunning Lake Brunner, not stopping to do any of the walks or to see the cheeky Kea birds in Arthurs Pass, driving past all our favourite ski fields, which are yet to open for the season, and Castle Hill with its amazing rock formations.

So much to see and do and explore in this amazing part of the world, with practically no one else around (during a long weekend in almost mid-winter) despite our many visits, it feels like we have only just scratched the surface. I think I had better start planning another trip…

But shhhh…. don’t tell anyone else this slice of paradise exists! 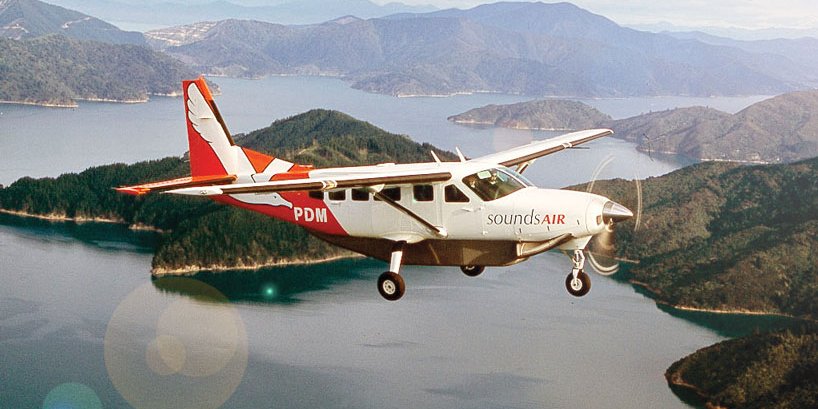 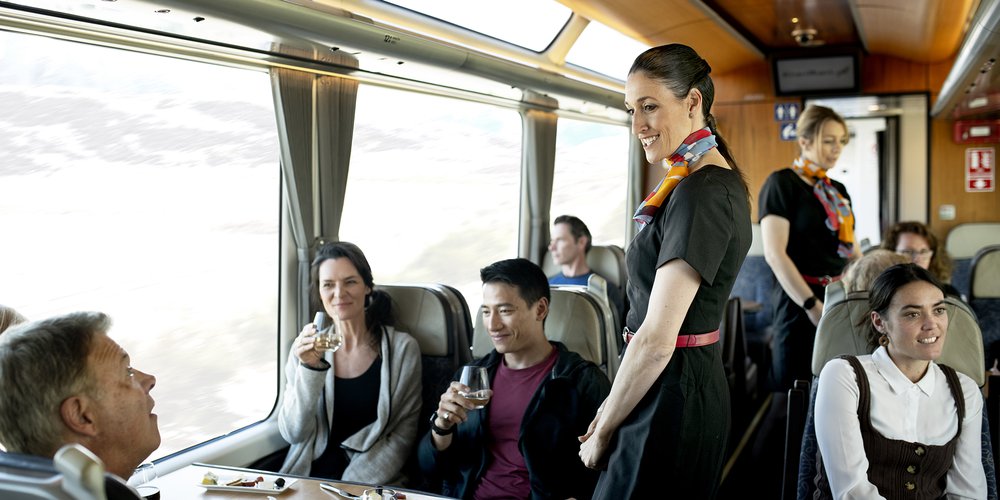 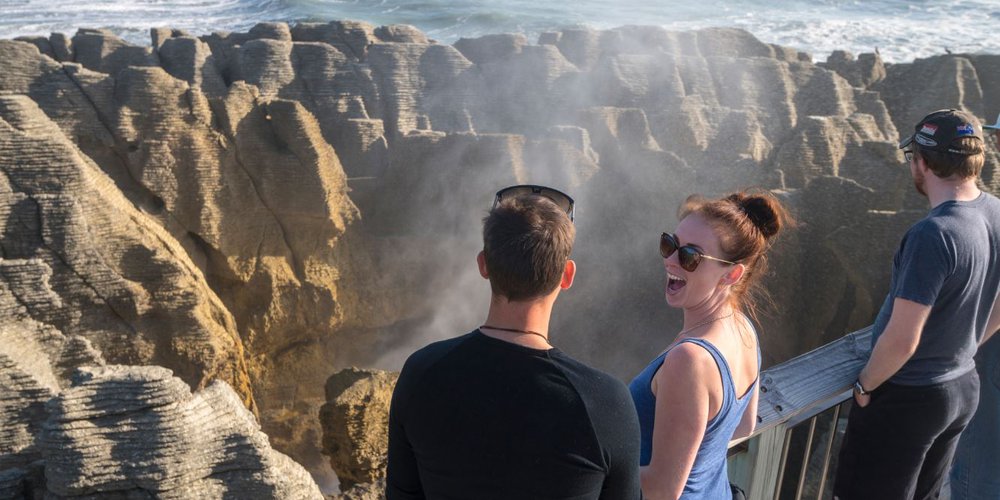 Pancake Rocks and Blowholes
See & do 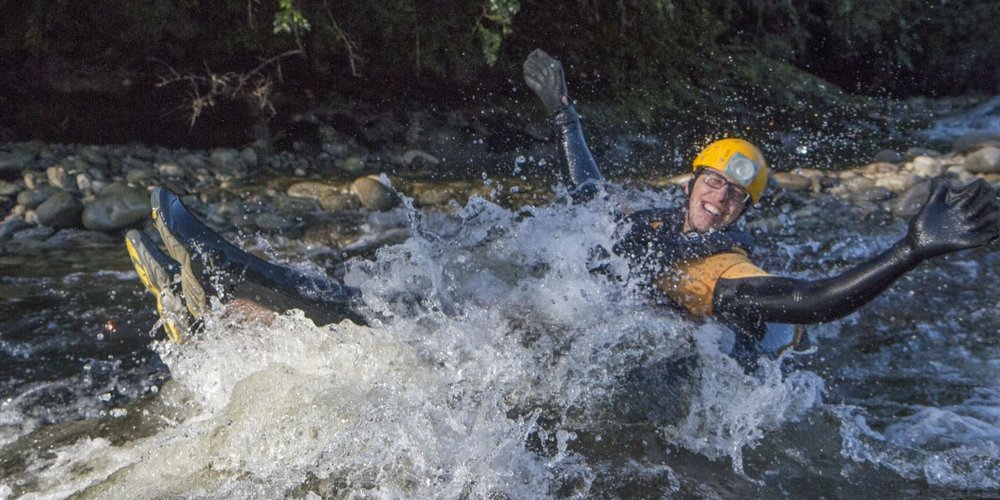 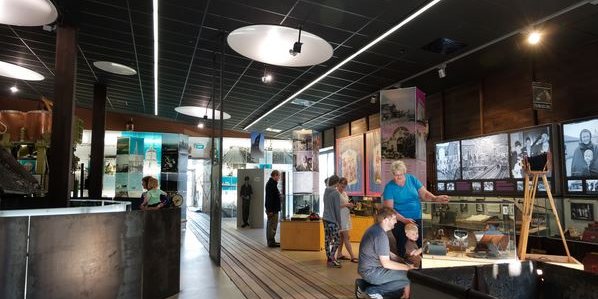 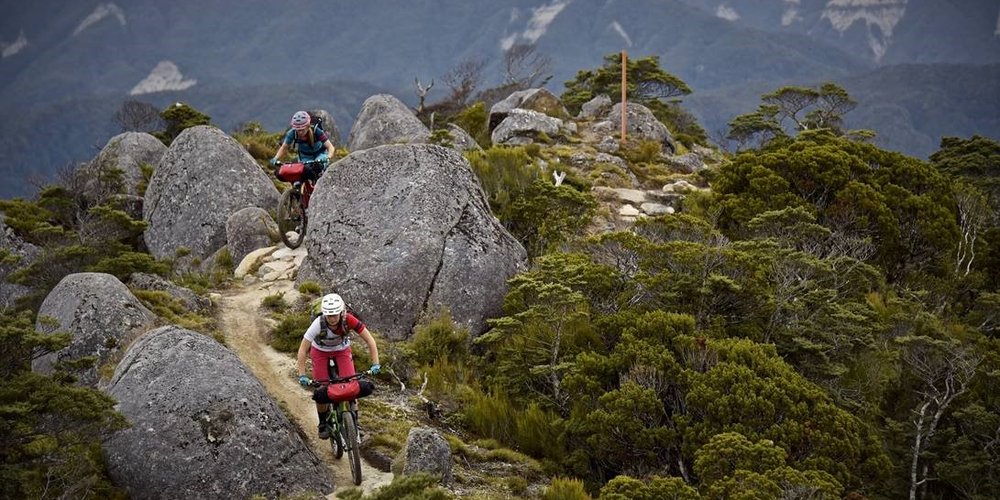