Tourism West Coast’s Marketing Manager, Kelly McLeod, says the West Coast faced a similar challenge 16 months ago, and needed to come up with a single message to sell the West Coast as a tourism destination. Since developing the Untamed Natural Wilderness brand, there has been significant growth. 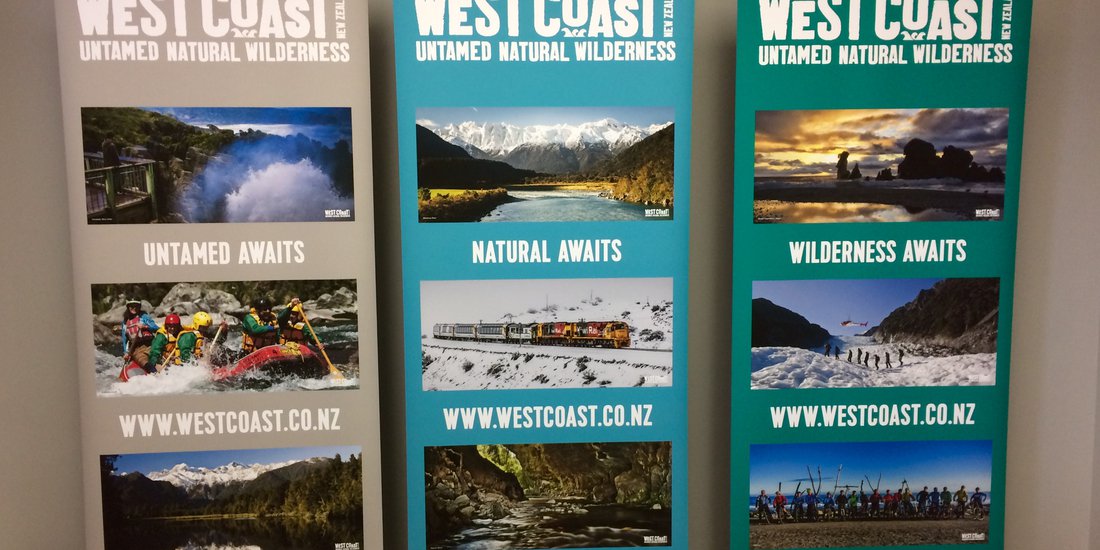 The West Coast’s regional tourism organisation says a new report is further endorsement of its marketing strategy which has seen the region become the fastest growing tourism market in the country over the past 12 months.

The new report, prepared for the Marlborough District Council by consultants ILG, says destination branding in the Marlborough region is diluted and recommends brand consolidation.

Tourism West Coast’s Marketing Manager, Kelly McLeod, says the West Coast faced a similar challenge 16 months ago, and needed to come up with a single message to sell the West Coast as a tourism destination. Since developing the Untamed Natural Wilderness brand, there has been significant growth.

“In the year to May, tourism spending increased by 14 percent, bringing $528 million into the local economy and making the West Coast the fastest growing market in the country.”

She says the region has benefitted significantly, with Tourism West Coast exceeding many targets in the past year.

“There’s been more than a 4 percent increase in employment, which is greater than we had hoped for. And we haven’t just attracted more visitors here, they have spent more than we anticipated.”

But Kelly says developing a single tourism brand is not an easy task.

“It is a huge undertaking because to do something like this properly you have to make sure the whole region is involved.

“The Untamed Natural Wilderness brand is the outcome of us asking West Coast people what the area means to them and why they choose to live here. The ‘wilderness’ and the ‘outdoors’ were common themes from what people told us in formal settings but also in conversations we had with people out and about.

“We also spoke to visitors as part of our research and we found it was the wilderness elements of the West Coast that had attracted them here too.”

Kelly says talking with the community and developing a single tourism brand for a region is just part of the job.

“Once you’ve developed it, you need everyone to embrace it. We’ve had fantastic support from the West Coast Regional Council and the Buller District Council, but we needed to make sure the brand we developed was something the whole West Coast community could identify with and one that could be explained in terms of how it came about. We needed something that rung true for the people who call the West Coast home, and who every day do their bit to make sure the brand meets the expectations of those attracted here by it. And I think we’ve achieved that.”