The man behind the West Coast town's name, Haast 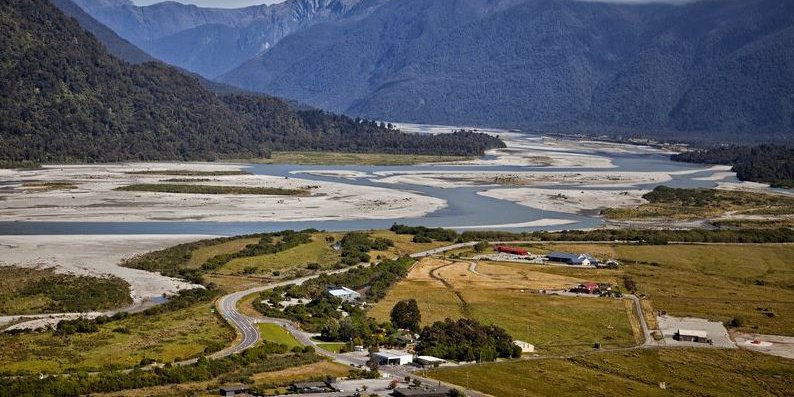 In the history of glaciology, New Zealand’s German-born Julius von Haast ranks as an influential but otherwise little-known pioneer.In the 19th century, Haast’s scientific explorations led him to glacier-rich areas across New Zealand where he gave names to landforms, including the well-known Franz Josef, Hooker, and Mueller Glaciers on the West Coast’s South Island. A recent report by Sascha Nolden for the Canterbury Museum strives to recognize the overlooked life and legacy of Haast, who to this day continues to influence glacier researchers around the world.

“Famous? No, Julius is not famous, even today,” said Joerg Schaefer, a professor at Columbia University’s Lamont-Doherty Earth Observatory, to GlacierHub. “But he was indeed a great explorer and glacier geologist in New Zealand. He was not only a fellow citizen of mine, but one of my heroes.”

Haast has served as a role model for modern-day scientists like Schaefer, with his work paving the way for future scientific research. “Our team has worked in New Zealand for 15 years following in Haast’s footsteps,” said Schaefer.

By scrutinizing archival material such as manuscripts, letters, photographs and sketches held in the collections of the Alexander Turnbull Library, researchers at the Canterbury Museum (which Haast founded) carefully rediscovered Haast’s biography, documenting his notable research, exploration, institution-building and collegial cooperation that continues to influence today’s scientists.

“Haast was one of the leading New Zealand scientists of the second half of the nineteenth century,” writes Nolden in her report. “He was a remarkable individual noted for his stamina and perseverance in the face of obstacles, ranging from the mountain wilderness to the tangles of provincial bureaucracy.”

Born in 1822 in Bonn, Germany, Haast first studied geology and mineralogy at the University of the Rhine, although he never graduated. He later spent time in the high mountains of New Zealand in the 1860s, visiting the region’s glaciers and making original watercolor sketches of the mountains. His sketches and maps have been useful to glaciologists as they attempt to date various landforms.

It was during Haast’s explorations in New Zealand that he began to give names to glaciers, creating what he called a “Pantheon” of landforms named for prominent individuals from leading scholars to emperors, according to chief paleontologist Charles Alexander Fleming. In addition, his studies of the effects of past glaciation became the basis for later works on glacier geology. Painting of the Southern Alps by John Gully, from a sketch by Julius von Haast (Source: The Alexander Turnbull Library).

In 1862, Haast specifically surveyed the geology of the Canterbury district and visited its glaciers. His mapping and mountaineering expeditions of Mueller Glacier, for example, became a valuable first-hand resource to Thomas Lowell et al.’s research on the Rhizocarpon calibration curve (an application tool to assess Little Ice Age glacier behavior) for the Aoraki/Mount Cook area.

In her report, Nolden references 165 of Haast’s drawings from South Island surveys from 1860 to 1868 that can be found in the Haast archives. Other panoramic watercolors of the Southern Alps and map sketches of the glacier geology of New Zealand are in private collections such as in the Hochstetter Collection Basel. In addition to these works, Haast published one book of his research, entitled “Geology of the Provinces of Canterbury and Westland, New Zealand: A Report Comprising the Results of Official Explorations” (Haast 1879). Other useful, unpublished manuscripts written by Haast have also been located and preserved.

Interestingly, despite these archives, little is known about Haast’s early life. Almost everything written about him concerns what he did after arriving to New Zealand, a fact that is often frustrating to historians. The most complete source of Haast to date is a biography written by his son, Heinrich von Haast.

“For the biographer, Haast is a difficult subject,” writes Nolden in her report. “Relatively little is known about him for the period prior to his arrival in Auckland on 21 December 1858, and this is in no small part due to the subject’s own contribution to myths and misinformation.” Knowing about Haast’s upbringing, education, work, family and friends before he came to New Zealand might be helpful in explaining what drove him to accomplish so much during his lifetime. Colin Burrows, a New Zealand plant ecology educator and professor at University of Canterbury, was one scientist who studied Haast’s explorations in New Zealand, especially the Southern Alps. His book, “Julius Haast in the Southern Alps,” published in 2005, retraces Haast’s exploratory journeys in the mountains and examines his theories of glaciation. But according to Nolden, much of what has been written and repeated about the life of Haast prior to his arrival in New Zealand has been largely based on conjecture.

“Haast’s efforts to forge a new identity for himself and escape his past have become more fully apparent with the present research,” writes Nolden in her report. “Haast was prepared to change both his identity and allegiances whenever it seemed to serve his purposes – to leave behind his past and build a better future for himself.”

What is clear about Haast is that he spent his life exploring, studying and innovating. Although he is not widely known today, his contributions to glaciology became the basis of modern glacier studies. Haast’s efforts reveal how the work of one scientist can pave the way for subsequent generations of scientists. Thanks to the recent efforts of the Canterbury Museum and historian Sascha Nolden, we now have a better understanding of the historic contributions of one of glacier geology’s early pioneers.