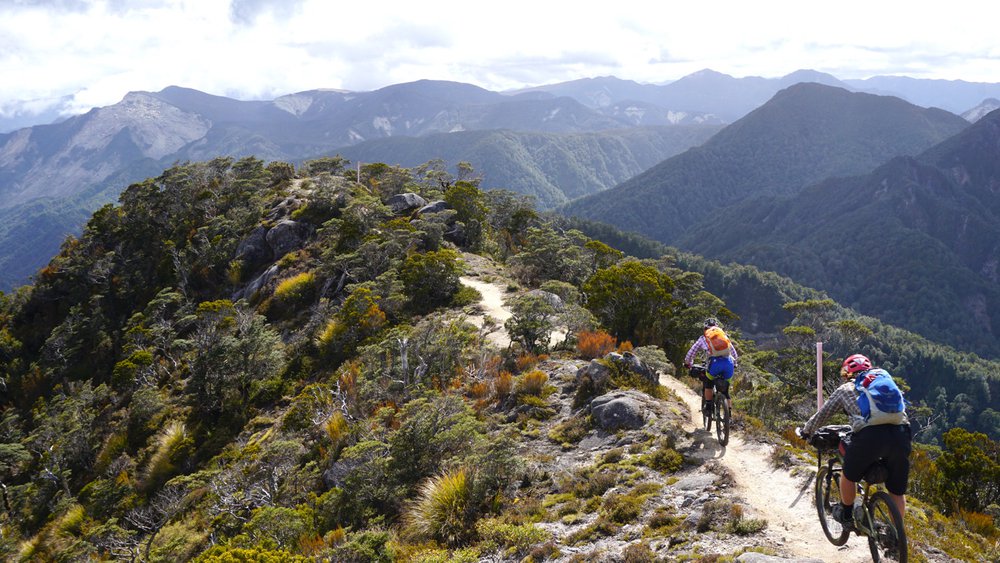 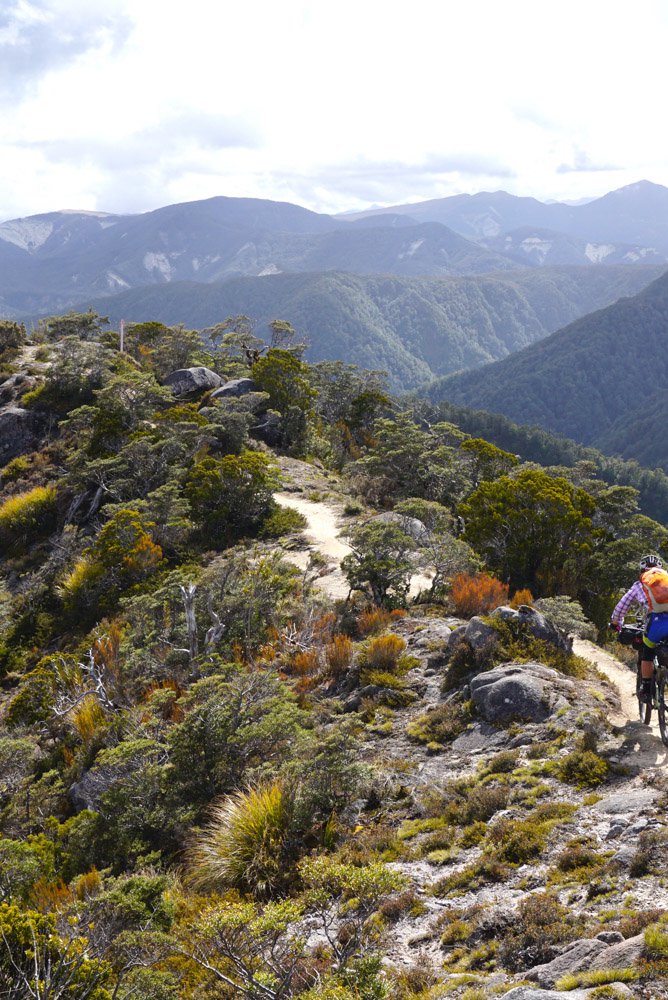 Into the Southern Alps.

New Zealand has landed itself on the bucket list of many cyclists with its majestic scenery and tourism-focused nature. Riders flock to the famous tracks and bike parks of towns like Roturoa, Nelson and Queenstown, and tourers find longer adventures on NZ Cycle Trails’ many well-signed regional touring routes. But over the past few years, New Zealand has begun to capture the interest of bikepackers as additional long-distance trails have opened up to mountain bikes, and bikepacking events like the Kiwi Brevet and Tour Aotearoa have gained more attention abroad. I was fortunate enough to spend the past month bikepacking in New Zealand and experiencing first-hand just how the island nation has built a name for itself as a cycling destination. After four weeks of riding on the South Island, I returned home inspired by the dedication, passion, cooperation, and creativity of all the folks who have turned ambitious cycling visions into routes for others to enjoy. The future of bikepacking in New Zealand is bright.

“It’s the hottest thing in bikepacking,” Cjell Monē told me after he rode The Old Ghost Road a few months ago. Cjell is the eccentric fellow behind Monē Bikes, and he was insistent that this was a trail not to be missed. The Old Ghost Road is a remote 53-mile track, a decade in the making, cut through the South Island’s Lyell Mountains and the Mokihinui Gorge, adorned with a series of backcountry huts. A year ago, Bike’s managing editor Nicole Formosa experienced the trail as it was nearing completion, and with the last miles of construction now finished, the trail is fully open.

The Old Ghost Road is nothing short of a masterpiece. Starting in the abandoned mining town of Lyell, the route climbs more than 4,000 feet up the remains of a never-completed road before traversing the rugged mountains that stand high above the bush line. The crews that built the trail labored tirelessly to blast kilometers of narrow bench into the hard granite of these peaks to reach the site of the Ghost Lake Hut, perched on the edge of a towering cliff. Below this iconic hut, the trail descends dozens of elegantly tight switchbacks and 200 vertical feet of stairs to reach the floor of Stern Valley. Miles of swoopy singletrack beneath the rainforest canopy delivers grinning riders to the mighty Mokihinui River. Its azure water has carved a deep gorge through the mountains, and the Old Ghost Road clings to the side of the canyon and crosses countless suspension bridges to reach the end of the route near the tiny town of Seddonville. But this all did not come cheaply–the trail boasts a price tag of more than $6 million USD, funded by a combination of public and private supporters.

Word about the Old Ghost Road has spread quickly. By December of this year, most huts were fully booked well into 2017, and shuttle services were being kept busy ferrying riders and bikes from one end of the trail to the other. Nearly all riders we met on the trail were traveling hut-to-hut for 2 to 4 days, taking advantage of the relatively posh accommodations in the trail’s five huts–wood stoves, kitchens, padded bunks, screened windows to hold the obnoxious sand flies at bay, and fresh water. These riders carried large daypacks and lashed sleeping bags to their handlebars or to a small rear rack, but traveled far lighter than they would have if they were camping. The hut-to-hut option makes the track very accessible to first-time bikepackers.

A pair of multi-day tracks that are among the New Zealand’s popular Great Walks hiking trails have been recently opened to mountain bikes. As is common across the globe, most popular hiking trails, particularly in national parks, are closed to mountain bikes in New Zealand. In an experiment, the Department of Conservation began to allow mountain bikers to use the Queen Charlotte and Heaphy Tracks during all but the busiest summer months, and both trails have been gaining popularity as hut-supported 2- to 3-day bikepacking routes. And as the experiment continues, the Heaphy Track is likely to soon be opened to mountain bikes for even longer each year.

I left New Zealand inspired by–and with admiration for–how so many individuals there have embraced bike touring and for the ways the government has supported the development of dozens of cycling and bikepacking routes. The popularity of many of these routes is bringing increased tourism and business to small towns and is introducing more folks to multi-day bike trips. And for bikepackers looking to get off the beaten path and into more seldom-traveled country, there are always ample options for creating your own dirt adventure.

Content shortened to include only West Coast information to read more visit http://www.bikemag.com/fully-loaded-bikepacking/into-the-southern-alps/#0hQPzyJXxJDvxJES.99