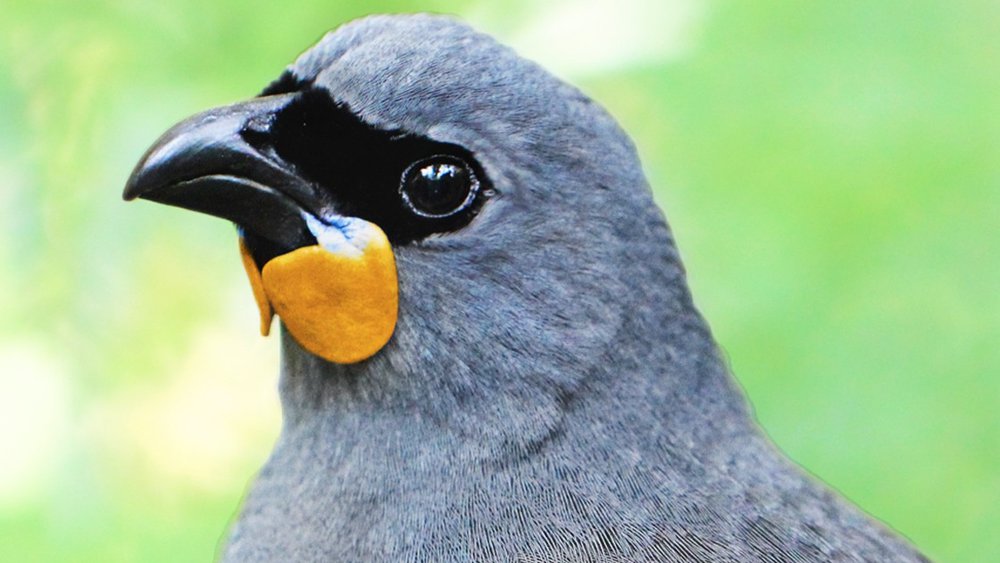 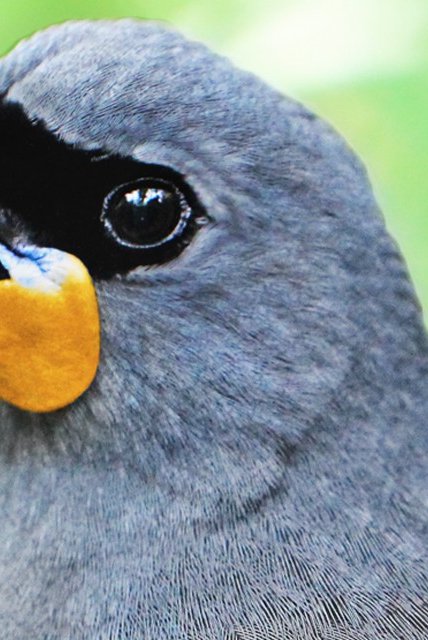 The call has gone out and a $5000 reward offered for proof the South Island kōkako, once thought to be extinct, is still alive.

In what's thought to be a New Zealand first, the South Island Kōkako Charitable Trust has challenged outdoor enthusiasts to find and document the bird - preferably alive.

The endemic species, with its distinctive orange wattle, had been classified as extinct, but credible sightings in 2013 brought the bird back to life - reclassified as 'data deficient'.

That means there isn't enough data to confirm the species is extinct. That, along with other unconfirmed sightings and birdsong, left the trust with hope there is a small population still roaming the South and Stewart islands.

Those who think they've seen or heard the bird can register it on the trust's website.

Because no one has actually photographed the bird before, the trust has released a digitally altered image of the North Island kōkako to give people an idea of what South Island variety would look like.

"Over the years, time and time again, people believe they've seen or heard the bird and we're just trying to take it one step further and put this one to bed - let's get definitive proof of the bird's existence," trust deputy chair Nigel Babbage says.

"We feel it's a significant amount of money that may spur someone into action who is out there to get that photo, find that feather - hopefully not find a dead bird.

"Everyone's got a cellphone with them these days; have it ready, you could be 5000 bucks richer." 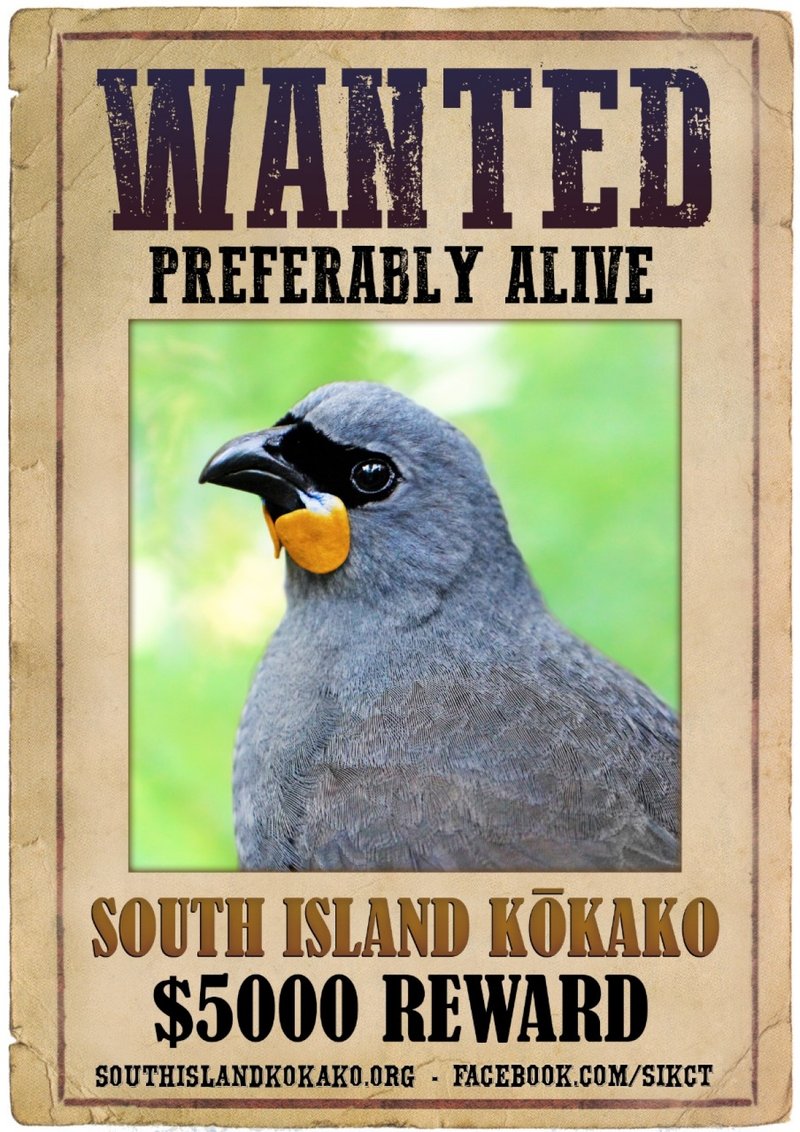 Once experts deem the evidence acceptable proof, the trust will pay out the money.

And if it sounds like mission impossible, environmentalist Geoffrey Reid - who has been hunting for the bird - claims he heard it as recently as June last year.

"I have been up and down the West Coast, in and out the bush over the last couple of years, and have heard birds in multiple locations - some even calling to each other."

Having spoken to local farmers and hunters who have described the bird perfectly, Mr Reid is also convinced the bird is still alive.

Should the incentive lead to the discovery of a South Island kōkako population, Mr Babbage says the trust would achieve its purpose.

"If we got to that stage where we were paying out the reward to someone, the Department of Conservation would step in and effectively our work would be done."

The South Island bird is distinctly different from its North Island relative, the latter having blue wattles around its beak.

In the early 1800s, the kōkako lived in beech forest and low scrub above the treeline on both sides of the Southern Alps, from northwestern Nelson to south of Fiordland. They also resided in forest on Stewart Island and some areas of Otago and Southland.

The introduction of predators such as cats, rats and stoats meant their population had dwindled dramatically by the late 1800s.

The North Island kōkako number around 1400 pairs. Their population once fell below 400 pairs, before efforts to increase their numbers began.