It is fast becoming a tourist mecca too - and the region's economic development manager, Kevin Stratful, wants the industry to become the lifeblood of the Coast's economy. 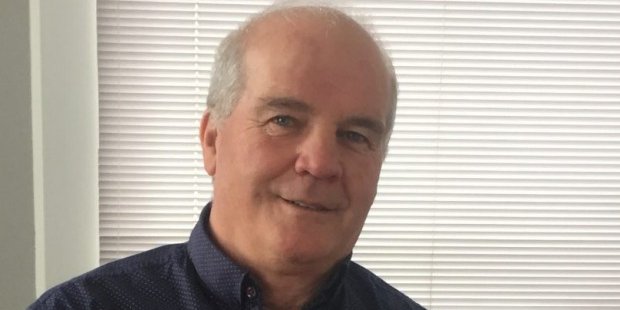 Limestone arches, Punakaiki pancake rocks, Hokitika gorge and the glaciers - there is no doubt the South Island's West Coast is a tourist paradise.

It is fast becoming a tourist mecca too - and the region's economic development manager, Kevin Stratful, wants the industry to become the lifeblood of the Coast's economy.

However, he says, for that to happen, upgrades to infrastructure will be needed.

Tourism to the West Coast is already growing fast. About 850,000 tourists visited the region in the eight months since April. Numbers were expected to reach 1.3m by 2025, Mr Stratful said.

He told Summer Days with Jesse Mulligan that, up to September, tourist growth was at 11 percent, compared to about 8 percent nationally. Numbers had increased again since the November earthquake affected Kaikōura, he said.

A plan on boosting the Coast's economy is due out in February. Alternatives to the region's traditional coal and dairy industries are in the pipeline, including a bold plan for a $300 million waste-to-energy plant in Buller.

Mr Stratful had met with individuals and business owners up and down the Coast since he started in February and said most saw the "huge" opportunities for tourism investment.

Most New Zealand visitors to the Coast were from Canterbury and Otago. From abroad, Europeans made up the majority, followed by Australia.

China came in third, but the numbers were "accelerating quickly", Mr Stratful said.

Stratful said the West Coast preferred the free independent campers to bus tour visitors. They spent more in shops and restaurants and stayed longer - "and that's how you make money out of tourism".

In a bus, tourists might stay at a hotel, eat at the hotel, had a limited time, then were off to the next activity, he said.

"We've got to get them to spend longer here, so they spend more money."

Catering for one million visitors a year was a tough task for a small group of about 36,000 ratepayers, he said.

At Punakaiki and the glaciers - the main stops for tour buses and the primary destinations for tourists - "basically you can't get a car park", he said.

Toilet facilities were an issue. The Coast Road, voted the ninth best coastal drive in the world, needed more rest stops for photo-taking, he said.

Stratful said the government was "behind the eight ball" until last year in terms of catering for tourist growth, but were starting to think of ways to improve.

A Punakaiki underpass was "one of the options we have on the table". Half a million people went there each year and crossed the main road twice.

Private investment - and making money from tourism - were vital, he said.

The West Coast would "hit the crossroads" in accommodation in 2018.

Airbnb was helping for now, he said, but "we definitely need some upgraded hotels ... in Westport, Greymouth and Hokitika".

The Department of Conservation (DOC) owned most scenic attractions, making it difficult to extract money from the most popular destinations, but car park charges were among the options.

A limestone arch above the Ōpārara River near Karamea Photo: 123RF

"You can't keep spending money and not getting a return."

The local councils had adopted a "red carpet", rather than red tape, approach for anyone with an entrepreneurial flair, who wanted to create anything from a tourist business, a park 'n' ride or new activities on DOC land.

"We're open for business, basically, for anyone who wants to invest in tourism," he said.