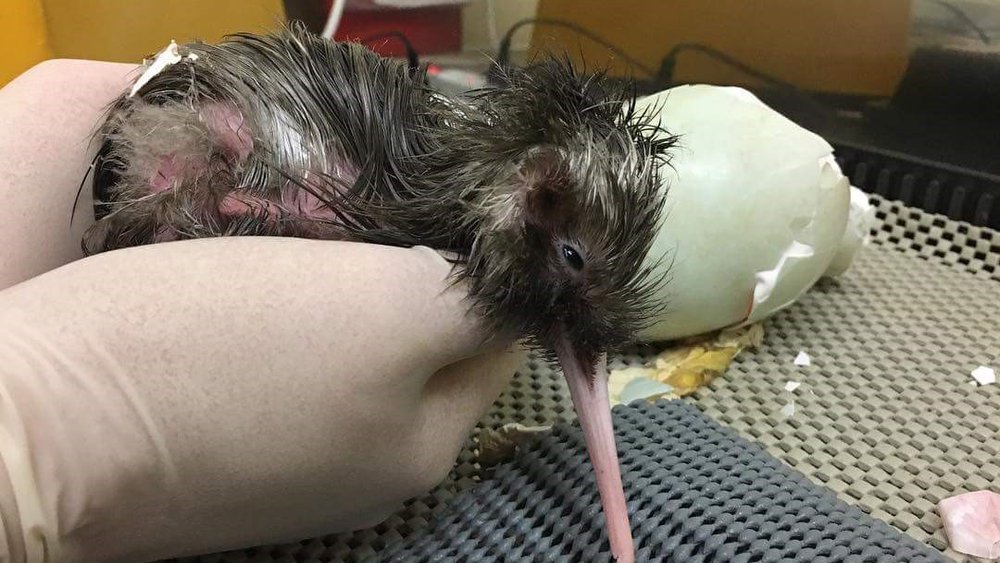 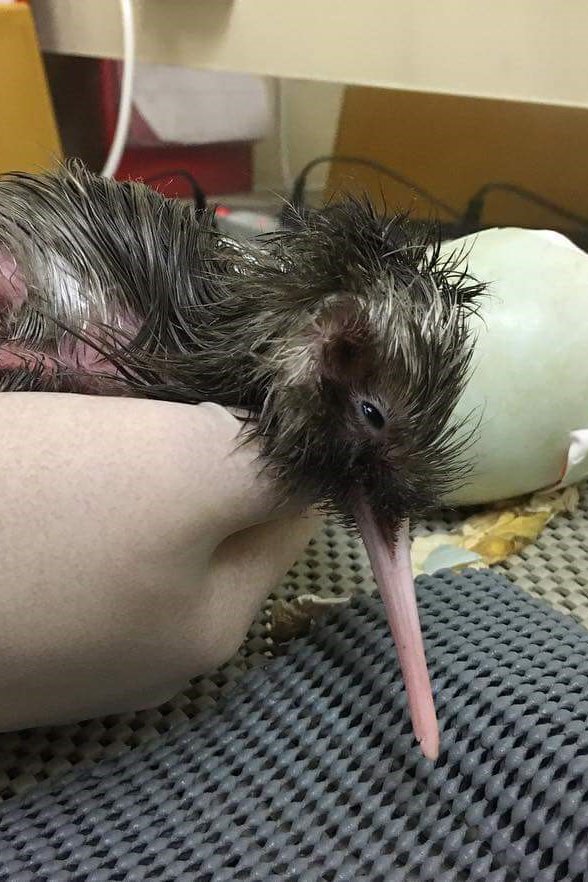 The hatching season for the world’s rarest kiwi in Franz Josef has been a tremendous success with the arrival of the 50th rowi kiwi chick successfully hatched at the West Coast Wildlife Centre in Franz Josef.

Hatching on Christmas day and weighing in at just 316gms, “Eggnog” was a perfect hatch and took 5 days to hatch after 77 days of incubation.

Another 9 kiwi eggs are quietly incubating at the West Coast Wildlife Centre in Franz Josef, with up to 65 eggs expecting to hatch in total this season.

Rowi are the rarest kiwi in the world with less than 450 birds left alive in the wild and found only in the Okarito Kiwi Sanctuary near Franz Josef, South Westland.

Since opening in late 2010 the West Coast Wildlife Centre has now hatched 278 rowi kiwi chicks and 109 Haast tokoeka – a very impressive conservation result in partnership with The Department of Conservation and Te Runanga o Makaawhio.

A passionate Kiwi Ranger team of 4 people, works full time on the hatching programme led by Kiwi Husbandry Manager, Nicki van Zyl and in partnership with the very able local Department of Conservation team. “It is such a privilege to be involved in the husbandry of such an endangered species” said Nicki.

Rowi eggs are removed from the forest for safe hatching because kiwi chicks are vulnerable to predation by introduced stoats. Eggs are hatched at the West Coast Wildlife Centre and then transferred to pest free islands before being released back into Okarito forest, once they are less vulnerable to predation. Rowi threatened species status was recently downlisted from nationally critical to nationally vulnerable - a significant achievement in conservation. Visitors can see the work first hand on a Kiwi Backstage Pass Tour which operates four times daily.

“It has been a wonderful and extremely rewarding conservation journey over the last 7 years ” says owner Richard Benton, who had the vision back in November 2010 to set up the rowi kiwi hatching programme in Franz Josef.

The West Coast Wildlife Centre is privately owned by Mr. Benton whose conservation passion and vision has led a drive to bring the world’s rarest kiwi back from the very edge of extinction.

The West Coast Wildlife Centre is the South Island’s largest kiwi hatching facility and open to the general public from 8am daily.

It is the official hatching and rearing programme for the world’s two rarest kiwi – the rowi and Haast tokoeka - and is a very successful public and private partnership with the Department of Conservation.

It has won the West Coast Leading Lights Awards and has been judged by Lonely Planet as one of its top 12 favorite new places to visit in New Zealand.

Here visitors can go “Behind The Scenes” to see for themselves the kiwi hatching and rearing facilities, meet the dedicated team of kiwi rangers, and see the world’s rarest kiwi’s up close in the nocturnal house and bush walkway.

In October 2017 it opened a brand new $250,000 indoor Tuatara Encounter in its quest to keep re-investing and developing the New Zealand endangered species model.

“We really value the support we get for our hatching facility from the West Coast community and beyond” says Operations Manager Lisa Stevenson, and “we encourage any visitors to Franz Josef to drop in and see for themselves this really exciting kiwi facility on the West Coast.”