The hatching season for one of the world’s rarest of kiwi is off to a flying start in Franz Josef today with the arrival of the 1st kiwi chick of the breeding season. 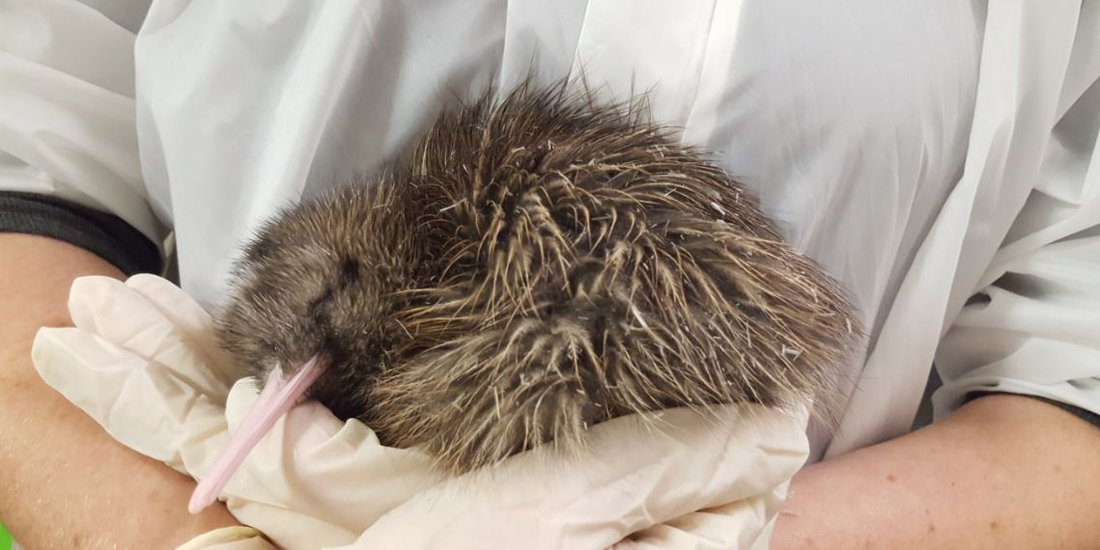 The hatching season for one of the world’s rarest of kiwi is off to a flying start in Franz Josef today with the arrival of the 1st kiwi chick of the breeding season.

The recently hatched chick is particularly important as his sire (Bambi) has no other offspring recorded, meaning his genetics are important to retain.

There are 5 species of kiwi alive in the wild today in New Zealand and the Haast tokoeka is one of the rarest - “nationally critical” - and is at risk of extinction.

Since first opening in 2010 the West Coast Wildlife Centre in Franz Josef has become the largest kiwi hatching facility in the South Island successfully hatching over 108 Haast tokoeka chicks and 257 rowi chicks to date.

This facility is one of the very first public / private partnership between the Department of Conservation and private enterprise.

The program is continuing to bear extremely successful results supporting the Department of Conservations efforts to save these kiwi species.

“The team and I incredibly proud of our partnership with DOC and the significant conservation difference we are making as a community and as a private business “says owner Richard Benton.

“It is a real privilege to be able to partner up to help 2 of the world’s rarest of kiwi “says Benton.

Stoats are the main predator of Haast tokoeka, and in the wild less than five percent of chicks will survive without some form of protection.

The Department of Conservation actively manages the population, running a landscape scale predator control operation to protect the birds. Ground trapping to provide extra protection for the population is also being upgraded in the area.

Beyond the kiwi sanctuary area, Operation Nest Egg (ONE) is used to boost the population of kiwi living outside the protected area, and to ensure genetic diversity is retained. This technique sees eggs removed from nesting birds to facilities such as the West Coast Wildlife Centre where they are hatched safely in captivity.

The Haast tokoeka is the most reclusiveness of all kiwi. They live in the most inhospitable environment which makes them very difficult to work with, and are distinctive from other kiwi as they have down-curved bills rather than straight bills seen in other species.

The as yet unnamed tokoeka chick will stay at the West Coast Wildlife Centre until approximately 5 weeks of age before being transferred to Orokonui Ecosanctuary in Dunedin.

“I am one of the lucky people who love coming to work each day to not only look after New Zealand’s national icon but to help save a nationally critical kiwi from extinction. It is truly a magical moment to hold a newly hatched kiwi chick after caring for it throughout its incubation. This feisty little guy has brought many smiles to our faces already.” says

Kim Revelly the Kiwi Husbandry Manager who has been working with the egg since it first arrived into the Centre three weeks ago to incubate. The West Coast Wildlife Centre is the South Island’s largest kiwi hatching  facility and open to the general public from 8.30am daily. It has won the West Coast Leading Lights Awards and has been judged by Lonely Planet as one of its top 12 favorite places to visit in New Zealand, and is a Qualmark silver endorsed quality visitor attraction.

Here visitors can go “behind the scenes” to see for themselves the kiwi hatching and rearing facilities, meet the dedicated team of kiwi rangers and see the world’s rarest kiwi’s up close in the nocturnal house and bush walkway.

From around September to around January each year kiwi eggs are delivered to the Wildlife Centre by The Department of Conservation where the incubation, hatching and the early weeks of the chick’s health are closely monitored by the team.

“We really value the support we get for our hatching facility from the West Coast community and beyond” says General Manager Lisa Stevenson, and “we encourage any visitors to Franz Josef to drop in and see for themselves this really exciting kiwi facility on the West Coast.”

The West Coast Wildlife Centre is based in Franz Josef where the wor ld’s rarest kiwi – the rowi – lives in forests within close pr oximity. The facility was developed in late 2010 as public-pr ivate par tner ship between the Depar tment of Conservation and a pr ivate conservation investor – Richard Benton - at a cost of over $4m. Inside the all-weather facility you can see live kiwi, a Tuatara Encounter , west-coast stor ytelling, interactive glacier displays as well as a enjoying a café and a NZ gift shop with free Wi-Fi.

It costs $38 for a 24hr pass to visit the all-weather / indoor West Coast Wildlife Centre and a ticket that includes the “backstage tour of the hatching and brooding facilities” is just $58. Bookings are recommended to avoid disappointment, as demand is high at cer tain times of the year .

The West Coast Wildlife Centre, and its team, is fully committed to saving the kiwi and protecting and preserving New Zealand native wildlife.