West Coasters victims of their own tourism success

Mickey Ryan's Outwest Tours 4WD business in Westport is growing, but he and the town are hungry for more tourists. The West Coast has some of the country's biggest tourism drawcards, supported by some of its tiniest communities. MICHAEL WRIGHT reports on the coasters' struggle to keep up with their own success. 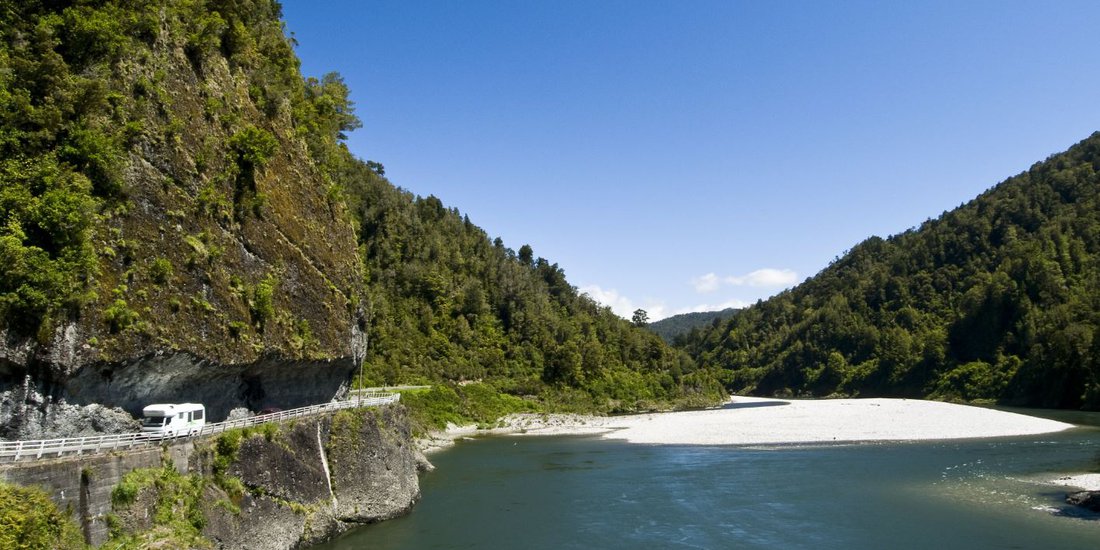 The visitor car park at the Punakaiki Pancake Rocks is almost deserted. There is literally no-one else here.

On a weekday in June, even a sunny one, that's not uncommon, but it is the polar opposite of what the place will look like over summer.our stories, photos and videos.

"It's bursting at the seams," Pancake Rocks Café assistant manager Lailie Hill said."It's full on. Lines out the door, heaps of buses. Just thousands [of people]."

The Pancake Rocks are one of the twin towers of West Coast tourism, along with the Fox and Franz Josef glaciers.n the rise

Punakaiki accommodation and horse trek business owners Neil Mouat and Karen Dickson hope the town will be a "centre of gravity" for Buller tourism.

According to Tourism West Coast the layered limestone pillars are the second-most visited natural attraction in New Zealand, after the Huka Falls at Taupo. About 460,000 people visit in a year and more than half of them come between December and February.

This makes the rocks part of the solution and the problem for New Zealand tourism. The sector is in the middle of an unprecedented boom.

Tourist spending passed $30 billion last year and is on track to hit a target of $41b by 2025. Visitor numbers are growing as well, but not as quickly, which means the average tourist is spending more here than they used to.

All of those tourists need to be looked after, though. There is a looming hotel deficit in the country's major tourist centres and small communities in the Coromandel and on the West Coast are facing costly upgrades to their wastewater networks.

​Nowhere is this more evident than the car park at the Pancake Rocks on a summer's day as coaches, campervans and rental cars jockey for position on a small stretch of State Highway 6.

"We could do with more car parking," café retail manager Eva Beatson said.

"There's always people driving around looking for car parks."It didn't use to be this way. When Karen Dickson and Neil Mouat arrived in Punakaiki in the mid-1990s there was a single motel unit in the town. The couple run Hydrangea Cottages accommodation and a horse trek operation. Business is creeping up.

They no longer have to borrow money to get through the winter off-season. The Pancake Rocks brings most of their trade but there is also tramping, kayaking and surfing. The Pike29 Memorial Great Walk will have one of its termini in the town. Diversification might ease the pressure on the Pancake Rocks, which was beginning to show, Dickson said.

"People have been coming in upset. I've never heard that before.

"[They talk about] the numbers up there and how it's ruined their experience because every bus load of people going out there, they have umbrellas in the sunshine and big cameras and [are] really quite pushy to get that shot."

​The boom had also brought to Punakaiki the primary symptom of a creaking tourist infrastructure – freedom campers.

"We've got a problem here as everyone else has," Dickson said.

"Those guys are going to have to go somewhere. Managed toilets, water supply, that's essential."

In nearby Westport, the problem isn't nearly as pronounced. The tourist industry is flourishing, thanks to the recent addition of the Old Ghost Road mountain biking and tramping trail, but the town is on the wrong side of a turn-off where the other direction takes you to the pancake rocks and glaciers. There is still room to grow.

Mickey Ryan runs Outwest Tours, which offers four-wheel drive excursions to the Denniston plateau, Stockton mine and the Awakari Valley.

"[The tourists] don't come here. And I don't know how we're going to get them here," he said.

Ryan has hosted tours for nine years. He recently added the Awakari Valley trip, to meet local off-grid character Johnny Currie, to the company's offering. Most of his clientele so far are New Zealanders and Australians.

"We haven't had many Asians at all. We're going to target them. We'll know in a year or two if it's the right thing to do.

"I'm not really sure who to target. Is it a Chinese market? Is it an Australian and European market?

"You do it wrong and you've lost a lot of money."

Outwest is based in Westport. It could move south to Charleston, next to other adventure tourism operators and on the right side of the turn-off, but Ryan won't budge.

"Getting people into Westport's what I'd like to change.

"We haven't had an icon in Westport. We need an icon."

The best chance at that is the Old Ghost Road. The track traverses an old gold mining route between the Buller Gorge and Seddonville, north of Westport. Since it opened in December, 5000 people have passed through.

"We were kind of hoping to have that number in a year," said Phil Rossiter, chairman of the trust that built the trail.

The Old Ghost Road runs through the Department of Conservation estate, so the trust has only hut fees to cover maintenance costs. Even with capacity numbers, it is a hand to mouth existence.

"Under the current model, I don't think we will get away from that," Rossiter said.

"We think one of [the] answers has to be some form of user pays. That can be a very dirty word in New Zealand. There's an ingrained expectation of free use of recreational assets.

"In the face of this tidal wave of tourism coming I think [New Zealand is] going to need a hell of a lot more investment as it is just to stay above water, let alone take some of these things forward. I think there's a user pays element that the country needs to get its head around as to how it can more equitably spread the funding load."

With the downturn in the dairy and mining sectors, it's hard to overstate the importance of a revitalised tourism sector to the West Coast. Ministry of Business, Innovation and Employment figures show the region gets 10.7 per cent of its gross domestic product from international tourism. Only Otago, which includes the Queenstown Lakes district, is higher [13.5 per cent]. The national figure is just 3.1 per cent.

In the year to March 2015, the tourism spend on the West Coast was $420 million, Little said. That translates to a GST take of more than $60m for the Government. Little is among chorus of industry voices calling for a bigger Crown contribution than the $12m regional tourism facilities fund announced last month by Prime Minister John Key.

"I'm not quite sure that they're funding it seriously," Little said.

"The Government will argue that some of that money goes into roads et cetera [but] the bottom line is I think they could be doing more financially."

Many of the infrastructure problems only arise at peak season, when capacity constraints are exposed. Communities like Westport will benefit from the nationwide tourism policy of regional dispersal – encouraging visitors to venture off the main sightseeing routes. Tourism West Coast is working on a campaign called Top of the South, promoting a Kaikoura-Nelson-Marlborough-Buller itinerary with new headline attraction like the Oparara arches near Karamea.

Still, spreading the load may only mean the same issues with toilets car parks and amenities eventually surface somewhere else. Westland district mayor Mike Havill knows the pain of trying to ease the pressure on towns like Franz Josef Glacier and Hokitika with meagre resources at his disposal.

"The dynamics are not going to change," he said.

"You're stuck with a small rating base [and] you've got an increasing push on existing infrastructure. The economics don't work.