The Haast area is comprised of small settlements including Haast township, Haast Junction and Haast Beach. 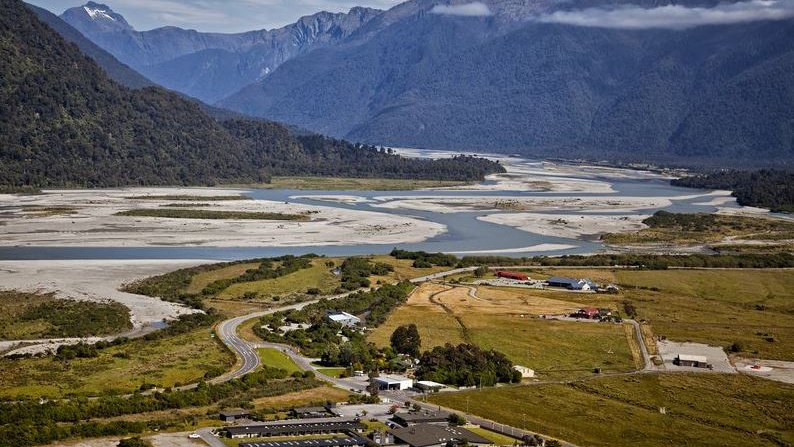 The Haast area is comprised of small settlements including Haast township, Haast Junction and Haast Beach.

Food in the Haast area

Haast is West Coast Whitebait country so it is widely available here.

For a fabulous whitebait pattie call into the Curly Tree Whitebait Company, the Prickly Gorse, Hard Antler or The Frontier Cafe and Bar for the true local treat in the best environment, in which to enjoy this delectable delicacy.

Haast is famous for its dramatic landscapes. Situated on the western edge of Mount Aspiring National Park, in the heart of a world heritage area, UNESCO has compared it to the Grand Canyon and Great Barrier Reef as a significant natural treasure.

The Haast area is comprised of small settlements including:

Because of its location, there is a wealth of outdoor activities including jetboating, fly fishing and deep sea fishing, hunting and scenic helicopter flights in Haast.

Haast is an important part of the Department of Conservation's Kiwi Sanctuary program.

Little Blue penguins, Fiordland crested penguins (Tawaki) and NZ fur seals, are seen often and at times dolphins can be seen surfing in on the waves as they hunt tuna.

You found a Christmas tree

Well done, you have found one of our hidden Christmas trees! 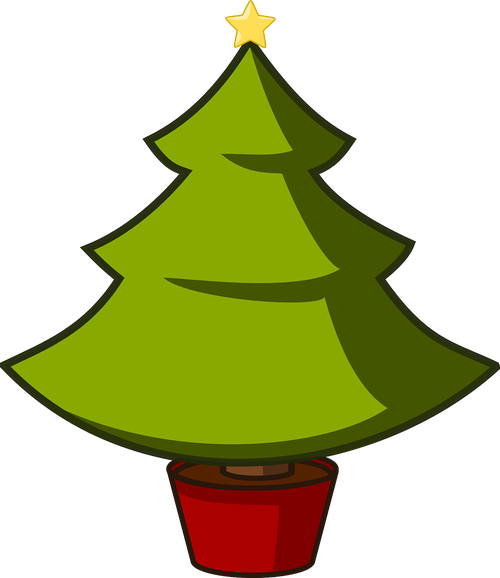 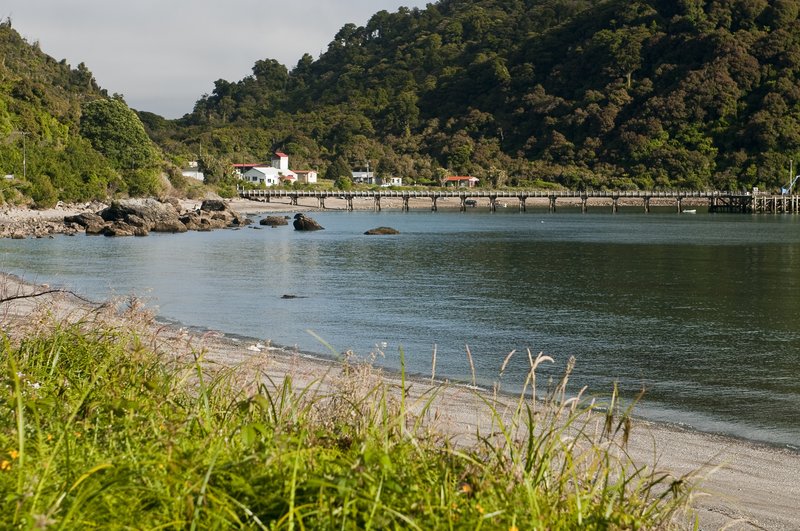 The West Coast road ends at Jackson Bay, a small remote village 50km south of Haast. The road to Jackson Bay is often rated as one of the West Coast’s ‘best kept secrets’ by visitors.

Jackson Bay is the only natural deep-water wharf on the West Coast and the fishing is outstanding. Blue cod, groper and terakihi can be caught not far from shore and in season the tuna is plentiful.

Charters are available if booked in advance. During the holidays and Summer the iconic Craypot Restaurant is open for fish and chips.

There are several walks in Jackson Bay. The easy walk to Ocean Beach along the Wharekai - Te Kou Walk (20 mins) and Smoothwater Bay Track (1.5 - 2 hours return) are both worth doing.

History in the Haast area

Haast has had a series of settlers passing through in search of pounamu, gold, deer and timber.

In the 1860's German explorer Julius von Haast named the Haast Pass and tourism began in the Haast area as early as 1890's as Scottish born Charlie Douglas AKA Mr Explorer Douglas' tirelessly explored and surveyed the area.

Adventurous souls followed his footsteps. Haast and its many waterways The Hapuka Estuary Walk just south of Haast also has panels interpreting the historic aspects of the Open Bay Islands where ten men in a sealing gang were stranded for three years with little provisions.

Haast has a spot in aviation history as well as the first commercial flight in New Zealand was into Haast by pilot Bert Mercer in 1934, in a DH83 Fox Moth.

The Haast Pass Highway was finally opened in 1965, creating a vital road link between Wanaka in Central Otago with Haast.
European settlement was attempted at Jackson Bay in the 1870s. Conditions in the area were harsh so the population was always limited.

The Information Shelter and the Lonely Grave at Jackson Bay give a poignant reminder of their story.

The Maori had always used the Haast Pass for trade and had named it "Tiori-patea" meaning "the way ahead is clear."

In 1990, 2.6 million hectares in Haast was declared the South West New Zealand UNESCO World Heritage Area which gave international recognition to the outstanding natural values of the area. 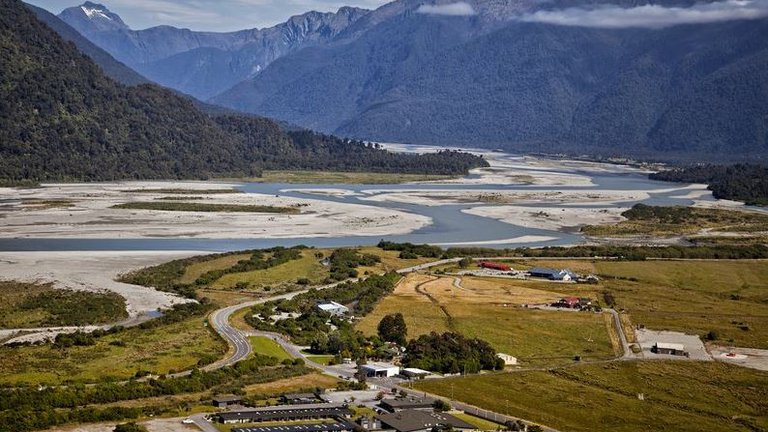 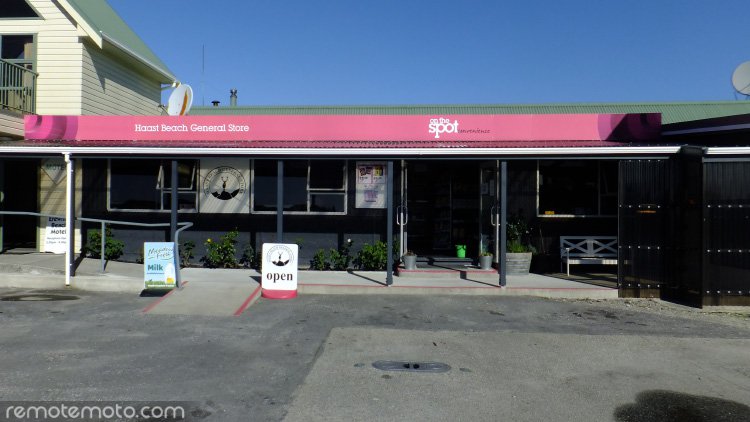 Visit Haast's original General Store, run as a family business for nearly 50 years, located just across from the beach. 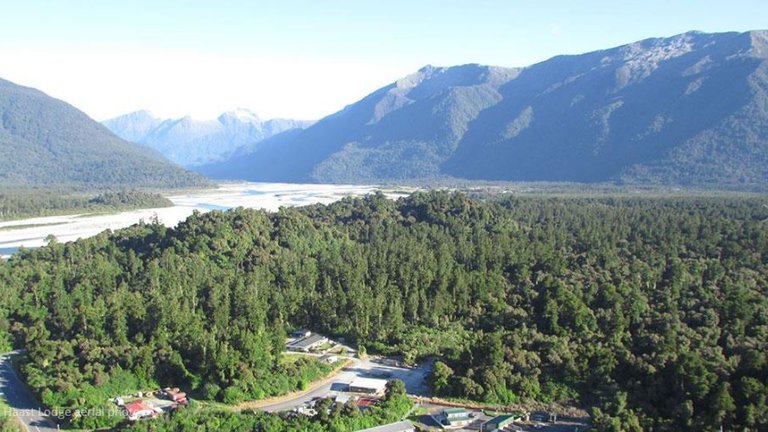 Park up, relax and put away the keys for the day. We are the only park in the Haast area within easy walking distance (200m) to playground, souvenir shops and restaurant. 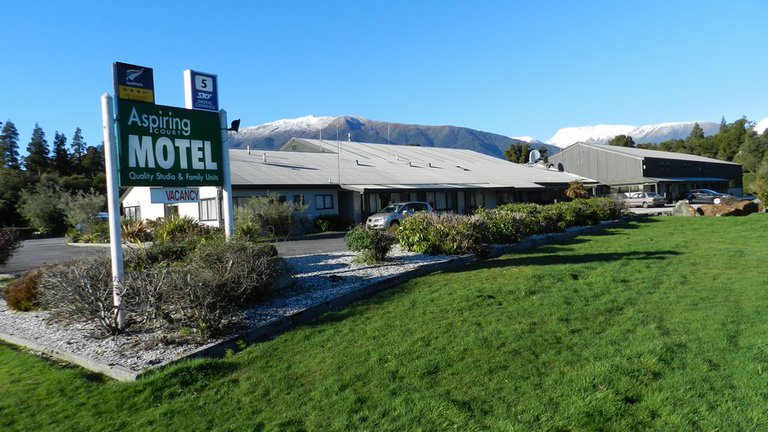 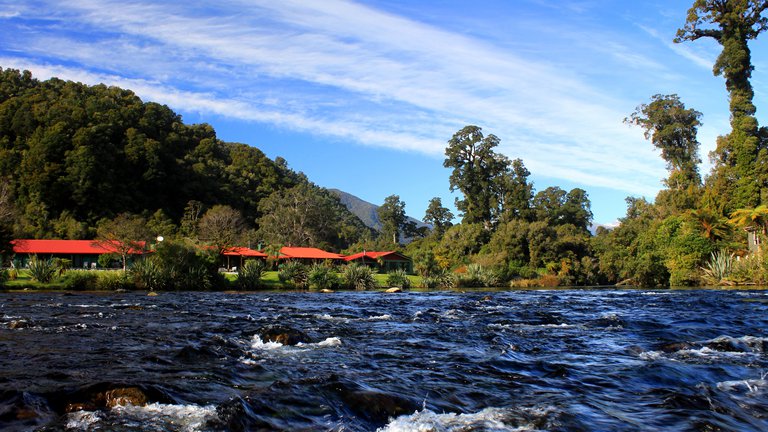 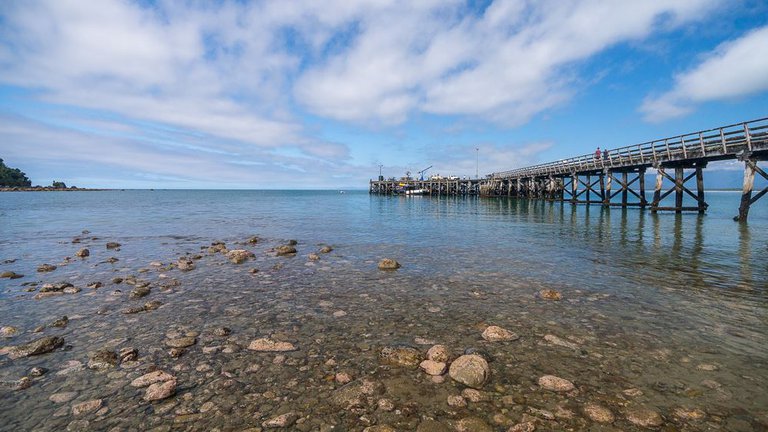 Jackson Bay is a working fishing port and a popular fishing spot in summer, it's a great place to catch crayfish and just meander.